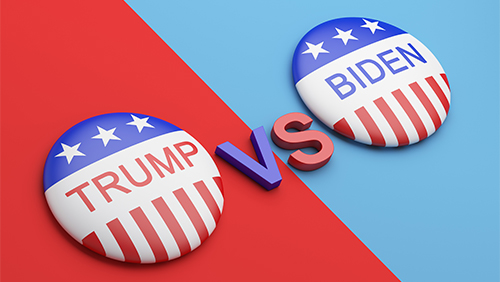 With just over two weeks to go until Americans stop voting and election officials start counting the votes, the U.S. Presidential election is whatever you want to make of it. From one perspective, Former Vice President Joe Biden is heading for an easy victory. From the other, President Donald Trump is starting to close in on a victory, as the race tightens and Democratic corruption becomes obvious to the public.

Of course, neither of those perspectives are likely to be perfect, but at least according to the odds at Bodog, the race is tightening.

Donald Trump has improved his odds to +125, improving from the +188 we saw late last week. That comes after a weekend of battering Biden with accusations of corruption, focusing on the same Hunter Biden scandal that caused Trump to be impeached at the beginning of 2020. Trump called the whole family a “criminal enterprise” during a Nevada rally, a state he doesn’t look likely to win.

Trump’s focus on continuing to conduct rally speeches have become a new point of argument. The rallies lack many Covid-19 precautions, and Trump has repeatedly mocked mask wearing even after his own positive test for the coronavirus. That’s caused his own scientists, including Dr. Anthony Fauci, to question why he would put Americans in more danger as the pandemic starts to spike once again in the country.

Biden, who was praised for a strong performance at his town hall last week, may need to bring the big guns to close out this election. Although the polls continue to suggest he’ll win in a potential landslide, his odds have now dropped to -160. Bodog always warned us that the election would tighten; there was no way Trump would stay at odds as low as +188 when he could win the election on a Supreme Court decision, but the question is how tight will it get?

Tight enough that Biden is calling on the Avengers, it seems. The cast of the Marvel movies will hold a virtual fundraiser for the Democratic candidate, encouraging fans to donate to the Joe Biden Victory Fund. “We must elect champions who will fight for the Green New Deal and push Congress to pass climate action that matches the scale of the problem with the urgency our country’s future demands,” said Hulk actor Mark Ruffalo.

The next big shock to the odds may come after October 22, when the two candidates meet in Nashville for their final debate. With Trump apparently no longer contagious for Covid-19, both candidates have agreed to go ahead with the contest, and it may decide once and for all if this election will be a nail-biter or a landslide.