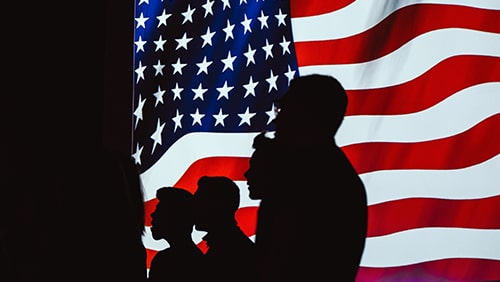 Just as we thought we were entering the home stretch of the 2020 U.S. Presidential Election, some wild comments from President Donald Trump threaten to flip everything we thought we knew about the election. With the first debate set to take place on September 29, we have up to date odds from Bodog, a contest from Fan Duel, and some insight on what will happen if the vote gets thrown out.

Let’s start with the big question: What happens if Trump tries to throw out the election result? Although practically unthinkable from a certain principled perspective, don’t act like this hasn’t happened before. The Supreme Court gave George W. Bush the presidency in 2000 before all ballots in Florida had been counted, creating precedence for presidential election shenanigans.

Trump’s administration, seeing that they are losing in important polls, have started to ask important states to consider ignoring their popular vote totals, citing a lack of confidence in mail-in ballots. They couldn’t possibly get away with it, right? Well, much like in 2000, such a move would likely end up in the courts, and Donald Trump is likely to get a new right leaning Supreme Court Justice.

Five votes could matter more than anything else to decide the next president. There are currently three left leaning judges on the court (Breyer, Sotomayor and Kagan). Chief Justice John Roberts has been the deciding vote in most controversial decisions of late, and could side with the more liberal side of the court. After that, Joe Biden has to pray that someone like Neil Gorsuch likes him, and democracy, better than Trump.

We checked in with Bodog to see exactly how they would decide a winner in wagering should the election become contested. Perhaps looking to the same precent I have, they told us that whichever way the Supreme Court goes, Bodog will go.

In the meantime, Biden has only slightly improved his odds since we last looked at the pairing, while Trump has diminished to Even.

US Presidential Election 2020 – Odds To Win

To make things a little bit more lighthearted, FanDuel has announced a series of free-to-play 2020 Presidential Debate Pick’em games. FanDuel will have a Pick’em game available for all four debates featuring up to 10 binary or multiple-choice questions. Winners in the contests will split a $10,000 prize pool, with individual brackets for each debate, and an overall bracket for all four contests.

“We remain as committed as ever to our brand promise of giving our players more ways to win. We demonstrated this when we hosted our first-ever political contest for the Democratic Debate back in March, which our customers loved,” said Mike Raffensperger, CMO of FanDuel. “As we continue to lead our industry forward in innovation and creativity, we’ve seen incredible engagement around marquee events not tied to sports, such as awards shows, reality TV competitions, and more.”

How will the candidates greet each other?

What issue will the first debate topic address?

Which candidate will be asked to respond first in the debate?

What color will Trump’s tie be?

Will Trump refer to Biden as “Sleepy Joe”?

Will Biden and/or the moderator mention Trump’s Twitter activity?

Which candidate will be the first to be cut off by the moderator because they are over time?

Will Biden play a song on his phone during the debate?