China has made it very clear that they want to put an end to their citizens gambling online with overseas operations, and now they’re starting to show the dog can bite. As first reported by Inside Asian Gaming, a new draft of China’s criminal law provides for a 5 to 10 year prison sentence for anyone organizing or soliciting gambling online. 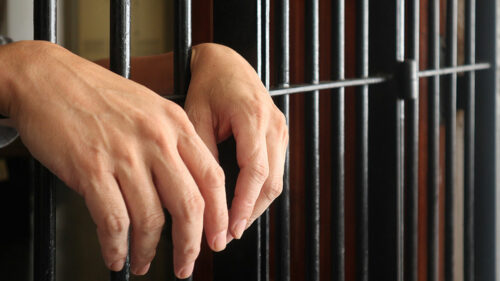 The new amendment to the criminal law adds a crime to Article 303, targeting gaming activities both within and outside of China. It states:

“Whoever operates or manages casinos, or is designated by casinos outside the country, and organizes or solicits Chinese residents to participate in overseas gambling, where the amount involved is large with a serious nature, shall be punished according to provisions under the preceding paragraph.”

The punishment for the crime is the same as opening a casino in China. Those found guilty get a max sentence of 5 years, unless the circumstances are considered serious, in which case they can get a maximum of 10 years.

The amendment, which has been reviewed by the Standing Committee of China’s National People’s Congress (NPC), is now available for public comment until November 19. It’s expected to be passed into law in March.

This continues China’s campaign against cross-border gambling. In a recent announcement, Chinese authorities noted that the battle is going very well so far, with 8,800 cases handled, 60,000 arrested, and 1,700 gambling platforms shut down.

And authorities are passing on any opportunity to stamp out gambling. Besides this new push to criminalize online gambling, China has also bolstered their propaganda efforts to stigmatize gambling. They’ve also threatened a travel blacklist, with the intention clear that they want to put an end to casino junkets.

The effects of this campaign are already being felt. The Philippines online gambling sector is crumbling as demand from mainland China is drying up. Chinese operators are starting to turn their attention to other countries in the region, with India being a notable example.

If China is serious about stomping out gambling, it could have a huge effect on the industry for the foreseeable future, specially as so many operators are still trying to recover from Covid-19 restrictions. Experts say it may be a decade before China begins to open up to legalizing gambling options once again.