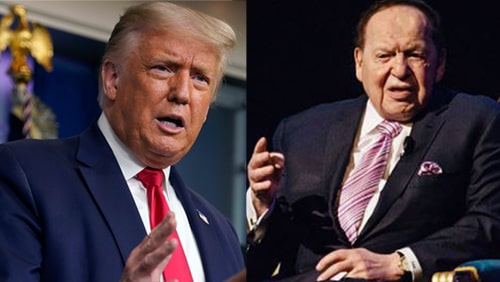 U.S. President Donald Trump appears to be in trouble. With his election odds looking slim and money running out, Casino magnate Sheldon Adelson is coming to the rescue, pumping $75 million into a pro-Trump super PAC.

The recipient of the funds is the Preserve America PAC, receiving the funds between August and September. The group only launched in late August, and is only a small fish when compared with the Biden super PAC, Priorities USA Action.

Adelson, who is CEO of Las Vegas Sands, was reported berated by Trump in August for not doing enough to help the campaign. Trump’s been kind to the Adelson family, presenting Miriam Adelson with the Presidential Medal of Honor in 2018.

The truth is, Trump is short on cash. The Trump campaign is no longer advertising in the battleground state of Ohio. Staffers have claimed he doesn’t need to, as he won it easily in 2016, but polls indicate a close race, and one Trump needs to win to keep his job.

Meanwhile, Biden is flush with cash. His campaign raised $383 million in September, and claims to have $432 million ready for the final 17 days before votes are counted. That’s allowed him to outspend Trump on TV ads in 6 states, spending $240 million more than the President.

There’s a symbiotic relationship between the Adelsons and the Trumps. Adelson has long been known to be a top donor to Republican campaigns, and he’s seen favorable bills put forward in the Congress as a result. With Trump’s administration, the Department of Justice went so far as to issue an opinion that the U.S. Wire Act applied to all online gambling, an opinion that would be favorable to Adelson’s casino interests, but something courts have not agreed with so far.

The question is if Adelson’s $75 million is coming too little, too late. Trump’s odds continue to slip, hitting a new all time low of +188. This looks like a sure defeat for the Republican side unless a miracle happens, or voter turnout once again shocks the pundits.