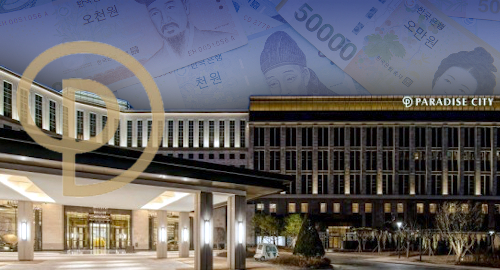 South Korean casino operator Paradise Co Ltd is reportedly having trouble raising the cash it needs to survive the pandemic downturn of the foreigners-only casino market.

On Wednesday, Korean financial news outlets reported that Paradise had been wholly unsuccessful in interesting institutional investors in a bond issue that aimed to raise KRW100b (US$87.3m). Despite offering rates of 2.3-3.3% for three years, investors apparently have doubts that Paradise will still be a going concern in three years’ time.

Those concerns may be justified. Paradise, which operates three small foreigners-only casinos in Seoul, Busan and Jeju Island as well as the Paradise City integrated resort in Incheon, reported a gross profit of KRW20b ($17m) in 2019 but lost nearly $30m in the first half of 2020 due to the pandemic effectively eliminating the in-flow of foreign gamblers.

This is also the third time in four years that Paradise has gone looking for investors only to find tepid interest. The company’s sagging fortunes, and the uncertainty that South Korea’s COVID-19 problems will be eliminated anytime soon, prompted a Korean credit ratings agency to downgrade Paradise’s rating last week, which likely further eroded investor confidence.

South Korea reported 84 new COVID-19 infections on Wednesday, a welcome decline from the 102 reported on Tuesday. Of Wednesday’s new infections, 31 were imported from overseas. Overseas infections now account for 3,466 of the country’s total 24,889 cases.

Unlike the market-leading Kangwon Land and foreigner-only casino operator Grand Korea Leisure – two companies in which the state has ownership stakes – Paradise is a private company that either sinks or swims on its own. With China now threatening to make life even tougher for foreign casinos luring its citizens abroad to gamble, Paradise needs to find a life preserver … fast.