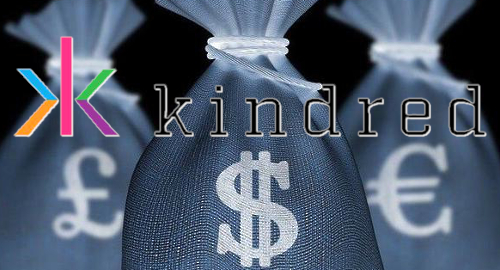 Online gambling operator Kindred Group is warning investors that it stands to make a lot more money than expected in the third quarter.

On Friday, the Stockholm-listed Kindred issued a preview of its financial performance in the three months ending September 30. The company said gross winnings revenue will likely rise 24% year-on-year to an all-time high of £280m, while earnings will effectively double to £73m-£75m.

It’s worth noting that Kindred’s Q3 2019 wasn’t exactly a stellar period for the company, with revenue down 2% and earnings falling one-third as it adjusted to Sweden’s new regulated market and the loss of its Dutch-facing payment processing options.

The official results won’t be released until November 6, but investors liked what they heard, pushing Kindred’s share price up 10% by Friday’s close, with a total gain this week of around 15%.

Kindred credited the Q3 surge to “strong activity levels across the business,” in part due to the pandemic halt to major sports activity earlier this year, the resumption of which had led to “a continuous stream of events” to whet bettors’ appetites.

Active customers rose 19% year-on-year to 1.65m, another company record. The only bad note in Kindred’s preview was the “just over 8%” betting margin after free bets, a step down from both Q3 2019 and the company’s long-term average, but Kindred isn’t about to look this gift horse in the mouth.

The earnings surge was credited in part to Kindred’s “prudent management of marketing investments” during the ongoing pandemic uncertainty. Marketing spending hit an “unusually low” level in July but has since rebounded to a level “slightly below the long-term average,” averaging 21% for the quarter.

Kindred also credited its earnings bubble to its cost-reduction efforts, although those costs may head northward as the company continues its efforts to “align its energy targets” with the Paris Agreement’s goal of limiting the global temperature rise to 2° Celsius.

Kindred says it’s established a goal of reducing its emissions by 85% from their 2018 levels by 2023. Part of this will be achieved by a 30% reduction in business travel, so senior execs will now have to settle for getting legless on a local basis rather than finding excuses to inspect its new US operations.