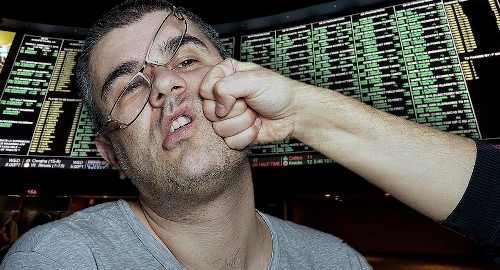 Figures released Wednesday by the Nevada Gaming Control Board show statewide gaming revenue of $743m in August, a 22% decline from the same month last year and slightly below the $756.8m the casinos generated in July 2020.

The year-on-year decline was significantly greater on the Las Vegas Strip, where casinos reported revenue falling 39.2% to $317m, which was also a slight fall from July’s $330m. Downtown Vegas venues were down 21.5% to $35.6m, while the Boulder Strip rose nearly 30% to $70.9m.

The state’s sportsbooks reported decent betting handle of $475m in August, but a paltry 3.6% win rate pushed revenue down 9.3% to just under $17m. Nearly $11m of this revenue was generated via digital channels.

Basketball was responsible for the biggest slice of August’s betting handle but baseball claimed the revenue crown with $9m, up more than one-third year-on-year. Basketball contributed $7.56m, as a 3.9% hold limited roundball returns. ‘Other’ sports slipped to $2.4m and hockey generated $1.36m, while football bettors took the books for $3.4m.

Nevada’s betting rival New Jersey reported record handle of $668m and revenue of $39.5m in August, but the Garden State allows bettors to open new accounts online, while Nevada still requires bettors to show up in person at a local gaming venue.

Nevada casinos were recently cleared to reopen their bars and Gov. Steve Sisolak announced Tuesday that the state would lift its 50-person cap on public gatherings effective 12:01am Thursday. Venues that can host over 2,500 guests will be permitted to operate at 10% capacity, while smaller venues can welcome 50% capacity or 250 guests, whichever puts fewer bodies in the same space.

The changes, which include the casinos’ live entertainment halls, convention space and local sports arenas, will require venues to submit plans on how they intend to ensure health & safety precautions are observed. For the moment, the changes won’t impact the current 50% capacity limit on casino gaming floors.

Wednesday saw the belated reopening of MGM Resorts’ Park MGM and NoMad Las Vegas properties, fulfilling the company’s pledge to make the Park the Strip’s first official non-smoking gaming venue. Other venues have so far tinkered with their smoking rules but have yet to go totally tobacco-free.