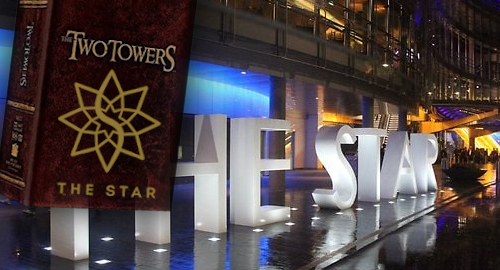 Despite its original expansion plan having been rejected by Sydney officials last year, TSE has submitted a proposal for not a single 237-meter hotel tower but two new towers at its flagship casino property. The AU$1b plan envisions a 180-meter tower on the south side of the complex bookended with a 110-meter tower on the north side.

Both towers would exceed the New South Wales government’s preference for keeping the district’s skyscrapers below 60 meters and local opposition to vertical expansion appears not to have abated since last November. But TSE appears to be banking on its promise that the plan would create 1,000 new temporary construction jobs and a similar number of permanent hires once the buildings are in use.

TSE is bracing for the end of its local casino monopoly as rival Crown Resorts prepares for the soft opening of its flashy new Crown Sydney venue this December. With both operators currently suffering from a distinct lack of Chinese VIP gamblers, it will be necessary to lure domestic high-rollers, a fight in which swanky amenities could play a major role.

Meanwhile, TSE is coming under fire for its decision to issue a total of AU$1.4m in financial bonuses to its five most-senior execs despite coming off one of the worst financial performances in the company’s history. TSE CEO Matt Bekier claimed the largest slice of those ill-gotten gains at nearly AU$830k.

The tone-deaf handouts also clash with the fact that the company took millions in government bailouts to pay both the tens of thousands of furloughed staff and the few who remained on the job during the pandemic lockdown. A company flack justified the fiscal largesse with the usual rigamarole about needing to retain the best and brightest by throwing scads of cash at them even when they haven’t earned it.

TSE insists that it had no knowledge of the shoot but has since concluded that it was filmed “at least two years ago.” TSE added that it “does not condone or permit filming on property for commercial purposes.” At least, not without the house getting a cut.