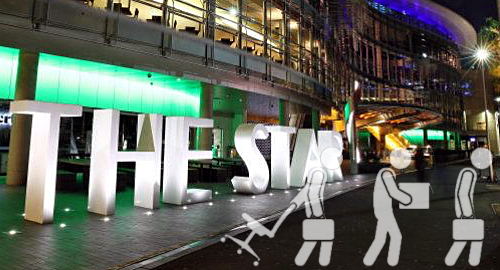 Australian casino operator The Star Entertainment Group is laying off around 8,100 of its staff after the government ordered all non-essential businesses to close to reduce COVID-19 transmission.

On Wednesday, The Star informed investors of the human cost of the government’s decision earlier in the week to order all bars, restaurants, clubs and casinos to close their doors by noon on Monday. The government warned at the time that the shutdown could last “at least six months” to minimize the spread of the COVID-19 coronavirus pandemic.

The Star said the shutdown would have a “a material impact” on its operations, which include its flagship casino of the same name in Sydney and two other gaming venues in Brisbane and the Gold Coast. The company said management is focused on “implementing mitigation strategies to minimize impacts and conserve liquidity,” including “materially lowering operating costs and reducing capital expenditure.”

Accordingly, The Star said it has taken the “very difficult, but necessary decision” to temporarily stand down “over 90% of our approximately 9,000 employees.” The company said it had provided affected staff with two weeks of paid pandemic leave, and staff will have access to any accrued annual and long service leave entitlements.

The layoffs won’t just affect rank-and-file staff, but will also include an undisclosed number of “senior management.” The Star’s board and senior management will also forego “a significant percentage of entitled directors’ fees and salaries respectively.” Details of these reductions are still being finalized and will be announced over the coming days.

Chairman John O’Neill said the company found itself in “a unique environment and one beyond our control.” The company was struggling to balance the steps necessary to protect the business with the “considerable human impact” of the layoffs.

The Star’s hotel properties remain operational, albeit at a reduced capacity, but the company said it was “unable to reliably advise” the impact of the current crisis on its financial performance.

The Star’s rival Crown Resorts has yet to issue any updates since Monday, when it announced it had shut the gaming floors and other facilities at its Melbourne and Perth properties, as well as shutting its small UK-based Crown Aspinalls VIP casino business. Like The Star, Crown’s hotels remain open in a reduced capacity.

SkyCity Entertainment Group, the New Zealand business that runs a casino in Adelaide, has also yet to issue any update since Monday, when it expressed concern for the future of its 1,000 Adelaide employees. SkyCity is in the process of expanding its Adelaide property and the company said construction work would continue “at this stage.”