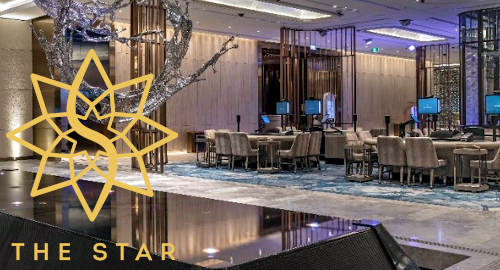 Australian casino operator The Star Entertainment Group lost over AU$94m (US$67.6m) in its most recent fiscal year as COVID-19 spoiled what was shaping up to be a record performance for the company.

Figures released Thursday show The Star’s revenue coming in just under AU$1.5b in the 12 months ending June 30, a 31% decline from fiscal 2018-19. Earnings fell by nearly half to AU$282m while the company booked a net loss of AU$94.6m versus a net profit of AU$148m the previous year.

Australian casino companies also report ‘normalized’ results that pretend the inherent volatility in the VIP gambling sector doesn’t exist. On that fantasy island, revenue was down only 21% to AU$1.8b, earnings dipped only 22.8% to AU$421m and the company actually booked a profit of AU$176m. (Jump in, the water’s warm… Ignore those penguins swimming by.)

The Star’s chairman John O’Neill said the company had delivered record earnings from July 2019 through February 2020, after which Australia’s land-based gaming operators were shut down by COVID. The company’s flagship eponymous casino in Sydney reopened on a partial basis in June before opening up the floodgates in July (after the 2019-20 fiscal year had ended) only to impose new restrictions a few weeks later.

The current fiscal year has been a mixed bag for The Star, failing to secure a 30-year Gold Coast casino monopoly but scoring a truly sweetheart monopoly on electronic gaming machines in Sydney.

The Star has also suffered some public relations own-goals, including fines for allowing guests to violate COVID restrictions and allowing one extremely young guest to get her gamble on. The Star also found itself sucked into the New South Wales regulatory probe into rival Crown Resorts’ dealings with their junket partners.

On a more positive note, the company is proceeding with its Queen’s Wharf Brisbane project, while its new Sovereign VIP room (pictured) at the Sydney casino is reportedly attracting a ‘pleasing’ number of the company’s “highest value domestic customers.”

DOMESTIC VIPS ARE NOW THE HOT CHICK AT THE BAR

With COVID still raging and the governments of Australia and China barely on speaking terms, The Star has no illusions about its international VIP business rebounding any time soon. The Star CEO Matt Bekier said the international VIP business “is stolen” and will likely remain so for another year. The company has therefore sold off one of its private jets and ditched its ‘VIP motor yacht.’

Bekier said the company was currently doing only 5% of its normal VIP volume, but these customers were “almost entirely domestic.” That means they’re cash customers, so The Star doesn’t have to worry about chasing down international VIPs to repay credit markets.

Bekier said some former customers are “just not comfortable coming back into private places” but the customers that are coming back are “spending up.” Despite “minimum marketing stimulus,” the Sydney casino is operating at its maximum capacity under its current restrictions, which Bekier said “bodes well as restrictions are eased.”

Bekier noted that the Sydney casino would face its first ever competition in the table game market once rival Crown opens its Sydney venue in December. Bekier said his company was “not cocky but confident” that it will be able to meet this challenge, in part through “individual account strategies.”

Said strategies will incorporate new “smart tables that combine RFID technology with optical readers of bets, which gives insights into bet types, bet patterns, bet preferences by players, which is an extremely rich source of information for us and that feeds into loyalty.”