Home / Sports / Tempted by Tampa? Why the New Orleans Saints win could have saved you money 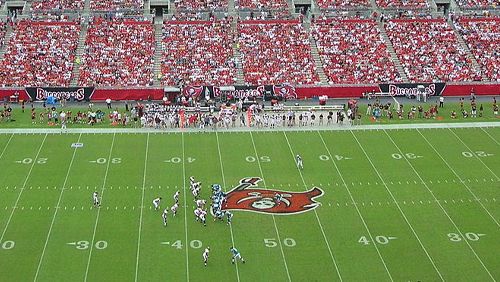 When the National Football League kicked off again last weekend, many sportsbettors were looking in the direction of Tom Brady, the man with the golden arm who traded his place in Patriots history for a new start with the Tampa Bay Buccaneers.

A lot of the pre-season money went on Tampa as investors looked to how the East Coast franchise would improve due to the presence not only of Brady, but his former colleague Rob Gronkowski, who also made his debut.

Here’s what happened in the game, courtesy of the NFL’s official YouTube channel:

As you can see, the turnovers were of massive importance to the eventual result and after the game, Brady himself admitted the same.

“That was far from our best,” he said when questioned post-match. “Poor execution [is] what it comes down to. It’s a game of execution. They made more plays than we did and I just made some bad, terrible turnovers and it’s hard to win turning the ball over like that. I obviously have to do a lot better job.”

Self-improvement being admirable, Brady’s first professional game for a different side in 20 years had its high points too, with the former Patriots quarterback contributing two game-changing passes for touchdowns.

“It doesn’t matter how much talent you have,” Brady moaned at himself in the aftermath, “If you throw interceptions returned for touchdowns. I’ve got to correct that.”

While Brady was quick to admit blame, The Bucs did improve on results in 2019 against the same opposition and if anything, look like they might be able to rely on their offense in tight games to dig them out of the mire. It’s the defensive ide that needs improvements, however, and that goes right across the side.

The current sportsbetting market on the Tampa Bay Buccaneers has changed a little after Sunday’s result, with the split for regular season games now at 10.5, and we’d still take the under on that at 10/11.

The number of penalties conceded by The Bucs saw The Saints advance an extra 103 yards, but it wasn’t just those numbers that angered coach Bruce Arians, who we said just a fortnight ago that you should avoid betting on for Coach of the Year.

“I would never have thought with the we practiced for the last two weeks, I’d see us have that many penalties,” he said after the opening day defeat. “Turnovers and basic mental errors really cost this one when we got back in the game. We’ve lost round one and we’ll get ready for round two.”

Strong words from the boss, then, but with Tampa Bay now lengthening to 3/10 to make the play-offs and shortening to just 13/5 to miss out on the post-season, the pressure is on everyone in Florida to correct the errors and make those golden passes from the arm of the most famous quarterback in NFL history count.

Whatever happens in Tampa, the ‘Brady Bunch’ are sure to be one of the most entertaining NFL teams to watch this season and bet on… or against.