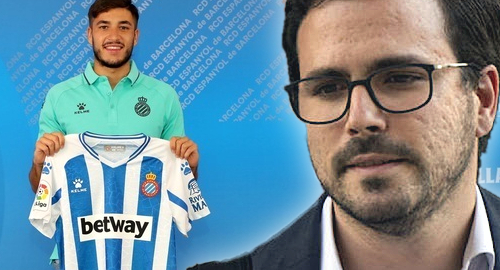 Garzón (pictured) said the bookmakers were making these deals despite knowing the government’s stated intention to abolish online gambling sponsorships and restrict other forms of advertising starting this October. Garzón expressed frustration at why the operators and the footballers were choosing to openly defy the government’s stated aims.

Last Friday, Garzón went on local radio to call the new sponsorship deals “an absurd challenge” to the government. Garzón previously claimed – without citing any evidence – that exposing young football fans to betting brands was the equivalent of “inciting a type of consumption that can be compulsive and that can lead to serious problems.”

There are currently eight La Liga clubs that feature a betting brand as their main shirt sponsor, and the league as a whole is set to derive roughly €110m during the 2020-21 season from sponsorships. That’s a relative pittance compared to the €2.1b or so earned from broadcast rights, but with COVID-19 preventing clubs from selling tickets to spectators, every euro counts.

It remains to be seen what brands might replace those betting logos should Garzón’s timetable prove accurate, but one Spanish affiliate speculated that beer brewers, online credit lenders and public lotteries like SELAE and ONCE might be in for more sporting exposure come October. None of which have ever proven harmful to anyone, ever.