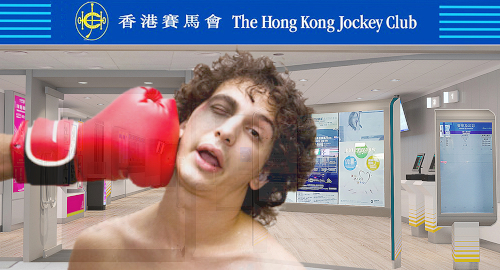 The Hong Kong Jockey Club (HKJC) managed to survive one of the more eventful seasons of its long career while still kicking back billions to its host community.

Figures released Tuesday show the HKJC generated total betting turnover of HK$218.7b (US$28.2b) in the 12 months ending June 30, an 11.6% decline from fiscal 2018-19. All three HJKC verticals were in negative territory, each for its own distinct reasons.

Racing operations reported turnover falling 3.2% year-on-year to HK$121b, reflecting not only the disruption caused by COVID-19 – off-track betting facilities shut in February and didn’t reopen until June – but also the pro-democracy protests that resulted in the cancellation of several meetings early in the season.

Of the racing turnover, HK$97.7b was wagered locally, with the remaining HK$23.3b coming from commingling. That latter sum was up by more than one-quarter year-on-year, accounting for nearly one-fifth of total racing turnover.

The HKJC’s football betting segment reported turnover falling 18.8% to HK$92.6b following the suspension of most major league play this spring. Digital channels were responsible for 70% of FY20’s turnover – peaking at 90% during the pandemic – and the HKJC plans further digital product enhancement to ensure it has a strong fallback position should a COVID-19 resurgence be in the cards.

Sales of the Mark Six numeric lottery suffered the worst, faling 39% to HK$5.1b. Most Mark Six sales are conducted via the OTB branches, and their closure convinced the HKJC to suspend all Mark Six sales on February 2.

On a revenue basis, racing claimed the biggest slice at HK$16.6b, with sports betting well back at HK$12.5b and Mark Six last with just HK$2.4b. Of this bounty, the HKJC returned HK$25.2b to the community, a 12.6% decline from the previous year.

Undaunted, the HKJC says it plans to offer a record HK$1.4b in prize money in the current season to attract top overseas horses to race in Hong Kong and to encourage local owners to continue to invest in quality nags.