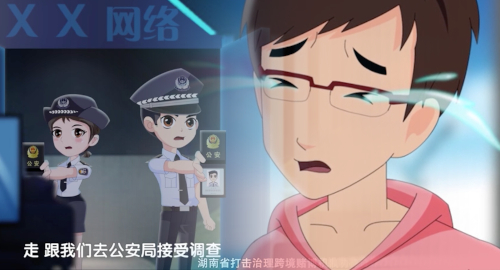 Chinese authorities have busted a cargo boat converted into a casino cruise liner, while the government has released a series of videos to kick off its new anti-gambling propaganda campaign.

Genting Hong Kong recently announced that it was halting payments to its creditors because its casino cruise liners were stuck in port. While gamblers may view Genting’s ships as potential COVID petri dishes, mainland gamblers appear far more concerned with catching a lucky card.

On Wednesday, Chinese media reported that the Public Security Bureau of Wuxi City in Jiangsu province had arrested over 100 individuals following the bust of a ‘gambling boat’ operating on a local canal. Most of the arrested individuals were apparently gamblers while 18 individuals have been charged with operating an illegal casino.

Police reportedly received a tip-off in June regarding individuals who claimed to have boarded a nondescript cargo ship, the interior of which had been modified to include a gaming floor, a commissary and upgraded toilet facilities. (Touch of class, there.)

The boat apparently traveled up and down the canal on a daily basis, making numerous stops along the way to pick up gamblers. Several crew members served as lookouts to make sure no unfamiliar ships approached the gambling boat, while shore-based accomplices kept an eye out for any threat that might approach by land.

None of that prepared the gang from the 100 or so officers who descended on the boat earlier this month. In addition to the arrests, police also seized RMB3.7m (US$535k) in suspected gambling funds. Police ultimately concluded that the gang had been operating in this fashion since 2019 and had more than one boat at their disposal.

Meanwhile, China’s recently announced “publicity and education campaign for combating cross-border gambling” is already well underway. The Office of the Mechanism for Combating Cross-border Gambling in Hunan province has released a half-dozen short videos intended to “deeply expose the harmfulness of illegal gambling.”

The videos (viewable here) are in Mandarin, and we don’t speak Mandarin, but the message is hard to miss. In one animated video called ‘Running Trap,’ a youth is sitting in his bedroom, playing with his phone, when an online gambling pop-up ad appears.

Said youth clicks the link and is connected to a female apparently working in an online gambling call center. A while later, the police bust down the door of the call center and the staff are marched out under arrest. The youth then discovers that his credit and banking info have been compromised, and he cries like a baby. 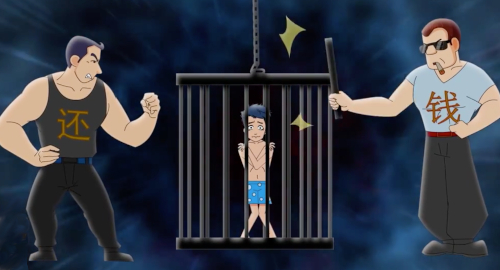 Another video called ‘Tourist Trap’ involves a youth who responds to a pop-up ad inviting him to visit a casino in a foreign country. At the casino, the youth first wins big, then loses everything. When he’s seen last, he’s in some kind of cage stripped down to his skivvies, while two heavies smack the cage with sticks. (An apparent reference to the raft of casino kidnappings in the Philippines, Cambodia and other countries).

A non-animated music video titled ‘The Sister of Anti-Gambling’ features a fresh-faced member of the Ministry of Public Security singing while accosting people gambling on the street on their phones. The tune is actually kinda catchy.

Another live-action clip features a youth in a bar watching international football, but while everyone else is celebrating, he’s despondent, apparently because he lost money betting on the outcome. He’s then seen drinking lots of booze (with some impressive swallowing sound effects). The same video features an older office worker reaching into a company safe to grab some cash, which then magically turns into handcuffs, after which the police arrive and arrest him for embezzling, or because he’s prone to hallucinations, who’s to say.

So far, all the videos appear to be professional jobs commissioned by the state, but the authorities’ recent announcement invited members of the public to upload their own posters and videos for possible inclusion in the campaign. Can’t wait.