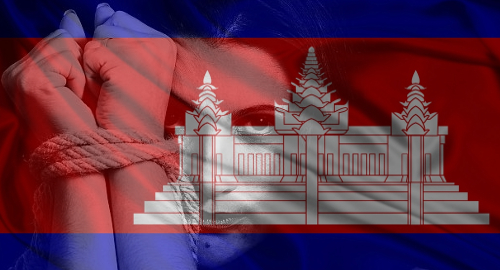 Cambodia’s online gambling sector suffered yet another public relations black eye after police rescued a Thai woman being held against her will by four Malaysian online casino operators.

The woman reportedly worked at an online casino in Cambodia’s Sihanoukville region that was run by the four Malaysian men, who accused her of spending company funds for her personal use. The woman was detained and was threatened with having her fingers cut off if she or someone she knew couldn’t repay the allegedly pilfered THB150k (US$5k).

The Thai authorities contacted their Cambodian counterparts, who tracked the kidnappers to what was believed to be the online casino’s head office in Phnom Penh. The woman was subsequently delivered to Thai authorities while the four Malaysians remain under arrest in Cambodia where they will face charges.

The past few years had witnessed a dramatic rise in the number of Sihanoukville-based gambling operations, both land-based and online. But Cambodia’s government announced in August that it would issue no new online gambling licenses while existing licenses would not be renewed when they expire at the end of this year.

Many of the Cambodian-based online gambling operations were focused on mainland Chinese customers and news of the Cambodian government’s licensing decision resulted in a flurry of Chinese nationals leaving Cambodia, particularly Sihanoukville.

China’s government has praised Cambodia’s online crackdown and called on other Asia-Pacific nations to join in the fun. Last week, China’s embassy in Cambodia announced that around 1k Chinese nationals had been deported from Cambodia in the past 12 months, many of them for involvement in illegal online gambling operations.

Cambodian government officials have occasionally hinted that their online license crackdown may not be as total as originally suggested, although the director-general of the Ministry of Economy and Finance has pushed back against such suggestions, saying the ban was ‘definitive.’