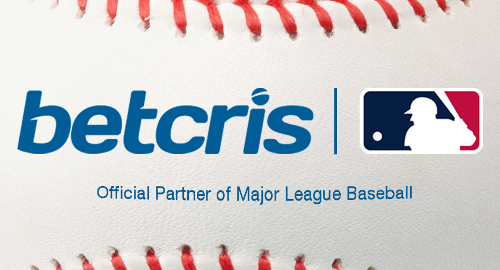 On Thursday, the Costa Rica-based, Malta-licensed Betcris announced that it was the new Official Wagering Partner of MLB in Latin America. The ‘multi-year international partnership’ gives Betcris access to official league data for betting purposes, as well as trademark access for wagering platforms and a new free-play mobile app that Betcris is developing.

Betcris CEO JD Duarte said his company “share a vision with MLB to deliver fun and exciting content to our audiences,” that is, assuming the league actually gets around to playing games in this pandemic year. Striking an optimistic tone, Duarte said the deal “could not come at a better time” and would give Betcris “a great competitive edge.”

MLB’s VP of gaming & new business ventures Kenny Gersh logrolled back, saying Betcris was “the right gaming operator” to both cater to Latin America’s existing baseball fans and to bring new fans into the fold. Gersh said Betcris had “taken great strides in recent years to listen to their users” and the company’s vast experience would “further elevate the engagement opportunities” for MLB’s LatAm audience.

Betcris is the second betting partner that MLB has announced this week, following Australian lottery and betting operator Tabcorp Holdings. MLB previously inked similar deals with DraftKings, FanDuel, Fox Bet and MGM Resorts, making it one of the more aggressive North American leagues in hoovering up some betting-related bucks.

However, MLB’s deal with Betcris marks the first pact with a sportsbook that previously catered to a significant number of US customers. Betcris left the US market in 2007 following passage of the Unlawful Internet Gambling Enforcement Act (while PokerStars, whose parent company also controls Fox Bet, continued to serve US customers until the company’s indictment by federal authorities in 2011).

Earlier this month, the Detroit Tigers became the first MLB club to ink its own gaming partnership with the US division of Australian betting operator PointsBet.