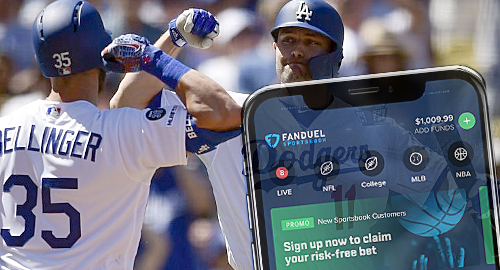 On Thursday, Flutter Entertainment’s US-facing FanDuel Group announced a ‘multi-year’ pact with MLB to become the league’s third Authorized Gaming Operator, following in the footsteps of DraftKings and MGM Resorts. As with those deals, financial terms of FanDuel’s deal weren’t disclosed.

Like those other deals, FanDuel’s new MLB secret decoder ring offers access to official league data for wagering purposes, as well as the right to liberally incorporate league and team trademarks and logos at FanDuel’s retail and online sports betting services.

The official release notes that in-play wagering is “a large part of the sports betting experience,” accounting for more than 50% of FanDuel’s betting volume. The access to MLB’s proprietary data feed will allow FanDuel to “enhance” that in-play experience.

FanDuel CEO Kip Levin said fantasy sports and sports betting “have become a national pastime in their own right, so it’s natural to join forces” with MLB, which Levin claimed “clearly understands how working together can be beneficial for baseball.”

And MLB clearly understands that restricting access to its data could be weaponized against betting operators, having recently threatened to cut off Nevada sportsbooks’ access to league data unless the books offered MLB (and the NBA) a cut of their betting proceeds. (FanDuel inked an NBA data deal last December.)

It remains to be seen how many such deals will be announced before or shortly after the new NFL season kicks off in September. Earlier this week, the NFL announced an expansion of its deal with data partners Sportradar that enshrines the company as the NFL’s exclusive supplier of “real-time official play-by-play data” for wagering purposes.

In other potentially good news for FanDuel (and DraftKings), tech giant Google has updated its policies to finally allow daily fantasy sports to market their wares on Google Ads and the Display & Video (DV) 360 platform, provided that DFS operators obtain operating licenses in the states in which they wish to advertise. The policy will reportedly begin rolling out in certain states later this month.