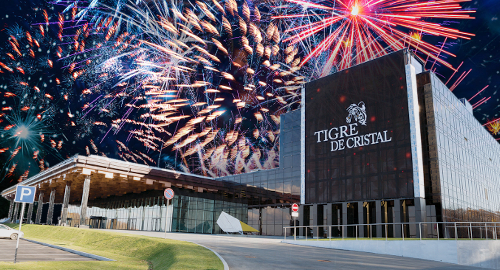 On Wednesday, the Hong Kong-listed Summit Ascent Holdings announced that its Tigre de Cristal in Russia’s far east Primorye gaming zone would reopen to the public as of Thursday (16). Russia ordered all its casinos closed in late-March to prevent further COVID-19 transmission.

Operations cleared to reopen by the local government include the casino floor, hotel and other non-gaming amenities. Visitors will encounter a number of health and safety precautions upon arrival, including temperature checks and mandatory wearing of face masks by all staff and guests.

Every second slot machine will be shut off to ensure social distancing and, while the company made no mention of a cap on the number of customers allowed at gaming tables, all individuals must remain “at least 1.5 meters apart” while on the property.

Primorye is proceeding with its economic restart despite no real slowdown in its number of new COVID-19 cases. On Wednesday, local officials reported 62 new cases, bringing the region’s total to 5,236. Of these, around 1,100 remain under treatment, while the region has suffered some 60 deaths from the pandemic.

However, with Russia’s international borders still restricting access by foreigners, Tigre de Cristal said its focus for the immediate future would be on the local market. Locals-focused mass market tables and slots provide the bulk of the property’s revenue, although the planned reduction in capacity will limit the property’s earning potential for the foreseeable future.

Tigre de Cristal’s restart will allow Summit Ascent the opportunity to resume its planned upgrades, including a new Suncity VIP room, new Korean and Chinese restaurants and an additional 30 hotel rooms. The company said these offerings would be ready to go “once the pandemic is lifted.”

It’s unclear what impact Primorye’s casino restart may have on Shambala CJSC’s schedule for opening the gaming zone’s second casino. Local officials said last month that the Shambala casino project would open in July, while cautioning that the company would make the final decision on when to make its formal debut.

On Wednesday, local government officials said the Shambala’s opening date “is approaching” and that the government’s job was “to provide the investor with all the necessary infrastructure, engineering networks and roads, connection points, for the successful commissioning of the facility.”