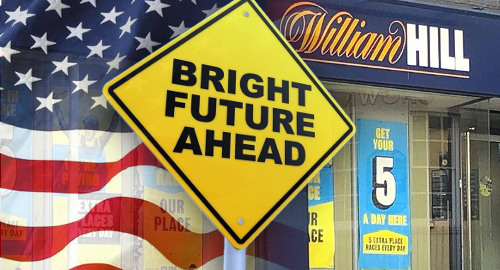 UK bookmaker William Hill claims to have enjoyed a “strong recovery” from its COVID-19 nadir, but it’s still looking to raise over £200m through a new share issue to help fuel that recovery.

On Tuesday, Hills issued a trading update spanning the six weeks through June 9, during which it says group revenue was down 50% from the same period last year. So much for strong, we hear you saying, but it’s better than the 57% decline reported in weeks 11-17 of this year, when the COVID-19 crisis really began to bite.

Retail operations obviously suffered from the shutdown of Hills’ entire UK real estate, while overall online gambling was down only 3% year-on-year in weeks 18-23, compared to a 21% decline in weeks 11-17. As with Hills’ Q1 performance, Online International revenue (+7%) partially offset a weak showing by Online UK (-8%).

In the US, the closure of land-based casinos (taking Hills’ sportsbooks with them) and the pandemic-related halt of major sports left revenue down 62%, an improvement from the 90% decline in weeks 11-17.

Hills said its online operations have “improved significantly” thanks to the resumption of Germany’s Bundesliga football and UK horseracing, while activity has remained “high” for those wacky alternative sports on which punters were forced to wager during the mainstream sports halt.

Hills is excited by this week’s hotly anticipated return of English Premier League action, while pinning similar hopes on the National Basketball Association making good on its plan to resume play with a 22-team format.

Hills acknowledged that a lot of its plans hinge on events beyond its control, but claims it has cut costs so ruthlessly that it’s in good position to ride out any disappointments. The company also expects a nine-figure financial windfall sometime in H2 thanks to the UK taxman’s recent decision not to appeal a ruling on the value-added tax being mistakenly applied to fixed-odds betting terminals.

Despite all this relentless optimism, and the fact that it claims to have £500m in unrestricted liquidity, Hills is planning a new share issue to retail and institutional investors representing nearly one-fifth of its issued share capital. Hills plans to use the funds raised via this issue to help fuel its US market expansion as more states embrace legal wagering.