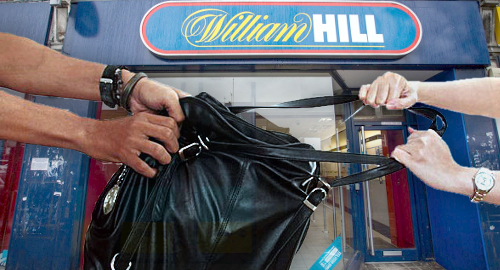 UK bookmaker William Hill’s year-to-date performance has been beaten badly by COVID-19, with revenue down more than one-quarter through the first four months.

The retail comparison is on a like-for-like basis, excluding the hundreds of shops Hills decided to close following last April’s reduction in fixed-odds betting terminal (FOBT) stakes but including the shops it was forced to close in March due to the pandemic lockdown. On that like-for-like basis, retail gaming revenue slid 47% while the pandemic-related suspension of major sports pushed retail betting turnover down 29%.

UK online revenue didn’t fare that much better, rising 7% in the period through March 10 then falling by one-third. There was “some substitution from sports betting into gaming” but clearly not much, as overall online gaming revenue was up only 6% in the ‘coronavirus-impacted’ period and ‘online international’ gaming enjoyed “strong growth” – partly due to the Mr Green brand launching in Spain – suggesting that UK online gaming was just along for the ride.

Overall online sports turnover was down 6% through March 10 but fell 56% after that. Hills says turnover declined “less than anticipated” thanks to punters discovering the joys of wagering on “table tennis and emerging market football.”

William Hill US revenue was down 16% as betting turnover fell 19%. US revenue was up 30% in the pre-pandemic period but fell 90% thereafter. Hills noted that its US online operations plan to launch a casino product (where permitted) sometime in H2.

Company CEO Ulrik Bengtsson revealed that the company had amended the terms of its debt covenant in order to preserve ‘balance sheet headroom.’ Hills has about £700m in liquidity, which, at a monthly cash burn of £15m per month, should allow it to survive until the pandemic panic (hopefully) passes. The closure of UK retail and other mitigation efforts have cut the expected monthly earnings blow in half.

Hills says the UK credit card gambling ban that took effect on April 14 resulted in “no material drop off in deposits” but Hills will reassess the impact once major sports activity resumes.

Investors greeted the update warmly, pushing the shares up nearly 7% by the close of Friday’s trading to 114.5p. The shares have a long way to go before they recover their nearly 200p valuation in mid-February but, considering they were worth less than 37p in mid-March, investors appear satisfied that Hills’ update wasn’t just a Crying Jordan meme.