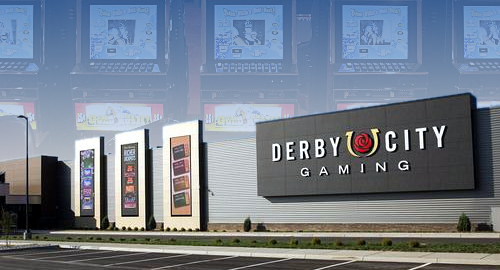 Gambling operator Churchill Downs Incorporated (CDI) has reopened its main ‘historical racing machine’ venue, while inking a deal to dramatically increase the number of machines across its retail network.

On Monday, CDI announced that its Derby City Gaming venue, which is located adjacent to the company’s flagship Churchill Downs racetrack in Louisville, Kentucky, would open its doors at 8pm that day. CDI thanked Kentucky’s governor for approving the reopening of the property, which shut down on March 15 to minimize the spread of COVID-19.

CDI CEO Bill Carstanjen said Derby City would employ the ‘CDI 360 Degree Approach to Safety,’ the company’s program of health and safety precautions to ensure the wellbeing of both customers and staff. These include unspecified capacity restrictions, customer temperature checks and regular sanitizing of gaming machines.

Historical racing machines (HRM) are effectively slot machines that rely on virtual simulations of previous races with all the identifying information stripped out. Since the venue’s 2018 launch, Derby City’s machines have become far more important to CDI’s ‘Churchill Downs’ segment than live racing.

In April, Derby City received approval to install a new ‘gaming smoking patio’ that will allow nicotine addicts the luxury of satisfying their cravings without having to disrupt their game-play. The outdoor patio, which will feature 195 additional HRMs, is expected to launch in early Q4 2020.

On Monday, CDI announced that it had reached a deal to purchase 1,250 HRMs from gaming supplier International Game Technology (IGT). Some of these HRMs are destined for Derby City, while others will be installed at CDI’s other Kentucky venues, including the Oak Grove Racing, Gaming & Hotel when it opens in September and the Newport Racing & Gaming venue when it opens in Q4, as well as other CDI venues in other states.

The IGT machines will work on Ainsworth Game Technology’s proprietary HRM system, which CDI had a hand in developing. The machines will also (where allowed) offer more traditional slots titles.