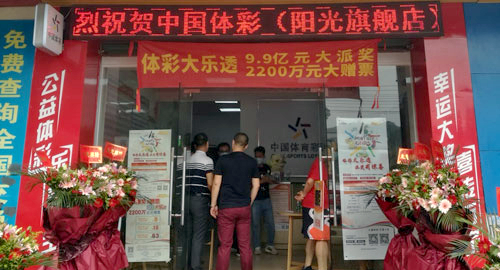 China’s lottery sales continue to increase following their lengthy COVID-19 suspension but still have a long way to go to regain their former glories.

China’s lottery operations have now posted year-on-year declines every month since February 2019. China halted all lottery sales in January and didn’t lift the prohibition until mid-March, although Beijing didn’t resume sales until this month.

Sports lottery sales continue to suffer from the global suspension of major sports events, resulting in April’s sales falling nearly 42% year-on-year to RMB11.5b. That decline allowed the welfare lottery to reclaim the leaderboard for the first time since March 2018 with sales of RMB11.9b, although that was down nearly 27% year-on-year.

Only three Chinese provinces – Tibet, Xinjiang, and Qinghai – posted annual gains in April, and all provinces are in negative territory on a year-to-date basis.

Meanwhile, China’s war against illegal online gambling continues unabated. Authorities in the eastern province of Anhui recently announced the arrest of 108 suspects and the seizure of RMB6.3m of suspected proceeds from a “large-scale trans-provincial” online gambling network.

The ring reportedly relied on a group of local agents on the ground who recruited customers and instructed them to download a ‘mahjong group’ app. Customers, who reportedly totaled over 50k in Anhui alone, could then gamble on a variety of casino games that were developed by the ring’s software team.

After busting a couple agents in late March, the authorities used information provided through these agents to work their way up the gambling food chain. In late-April, police began rounding up the ringleaders and now describe the ring as effectively decapitated.