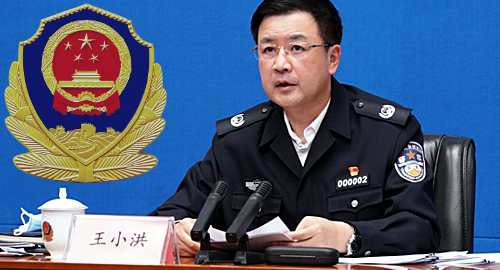 On Thursday, Wang Xiaohong, deputy minister of China’s Ministry of Public Security, hosted a video conference with officials who head up Public Security Departments in some of China’s largest provinces. The purpose of the meeting was to ensure everyone understood the Ministry’s recent anti-online gambling effort was no passing fancy.

Last week, the Ministry issued a Notice on Strictly Combating Cross-Border Gambling and Telecommunications Network Fraud During the New Crown Pneumonia Epidemic. Its contents were largely a rehash of a similar notice issued in March but Thursday’s quick follow-up suggests the Ministry wants to ensure no officials treat this effort as the same old, same old.

In a further sign of the government’s commitment to coordinated effort, China’s Foreign Exchange Bureau announced Thursday that it had identified 10 cases of “illegal exchange transfers involving gambling funds.” A Bureau spokesperson said the purpose of the announcement was “to promptly inform the public of the illegality and serious harm of cross-border gambling.”

Underground banking as a means of evading China’s strict capital controls has long been a burr under the authorities’ saddle but the focus was previously on money being funnelled to Macau’s casinos. With Macau’s casino market effectively hobbled by the COVID-19 pandemic, China’s gamblers are turning their attention online, and the authorities have no choice but to follow.

The Ministry prosecuted 7,200 criminal online gambling cases in 2019, arresting over 25k individuals and seizing or freezing $2.6b in suspected gambling funds. State-run media has urged other Asia-Pacific governments to help China by cracking down on China-facing online gambling operations based outside the country.

AS IF ON CUE…
Friday saw Malaysian police announce the arrest of 54 Chinese nationals suspected of operating a China-facing online gambling call center out of a house in the state of Selangor. Police seized 60 computers and 313 mobile phones, with which the operation promoted gambling services via WeChat to mainland residents.

Even China’s ‘renegade province’ of Taiwan is getting into the act, as the Criminal Investigation Bureau arrested 52 people this week operating an online gambling business in Taichung City. The operation was multi-faceted, including payment processing, software development and apparently its own live-dealer offering.

Police said the ring handled wagers worth an astonishing RMB380b (US$53.7b) since January 2019 (although we suspect someone at the Bureau may have accidentally moved a decimal point). There is some evidence that this ring was no small potatoes as, in addition to the usual haul of computers, servers and phones, police seized cash in a variety of currencies, including RMB2m ($283k), TWD31.2m ($1.07m) and $30k in greenbacks.