Home / Sports / Bundesliga to resume play mid-May, too late for one bookmaker 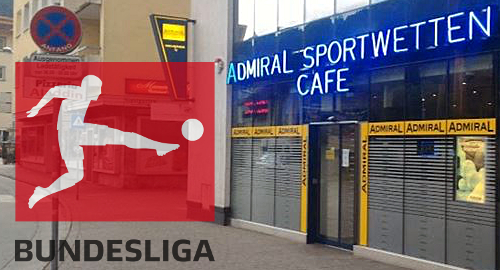 Sports betting operators — well, most of them, anyway — are rejoicing as Germany’s top-flight football leagues have announced plans to resume play by the second half of this month.

On Wednesday, Christian Seifert, managing director of the German Football League (DFL), announced that the Bundesliga and Bundesliga 2 seasons would resume “from mid-May.” The announcement was made following a meeting with Chancellor Angela Merkel and the heads of Germany’s 16 states.

The matches will take place in empty stadiums, a scenario that Seifert called “not an ideal solution for anyone,” but given the risk of further transmission of the COVID-19 coronavirus among large bodies of people, “it is the only option to preserve the leagues in their present form.”

The exact date for kickoff will be decided on Thursday during a video link-up of Bundesliga teams, but the league is under a ticking clock, as player contracts will expire at the end of June. There were nine match days left on the schedule when the Bundesliga was forced to call a halt to the proceedings on March 13.

German footballers, who began practising in small groups last month, will undergo a week-long quarantine ahead of the resumption of play. Players from all 36 clubs in the top two leagues underwent COVID-19 testing last week, with 10 players testing positive. It’s unclear what contingencies are in place should a major wave of new infections occur during the resumption of play.

It remains to be seen if any of Europe’s other major football organizations will – or can – follow Germany’s lead. One element working in Germany’s favor was its comparative success in flattening the COVID-19 infection curve, a feat that many other countries – the UK, in particular – can only dream of. Yet England, Italy and Spain are all hoping to resume football action in June.

ADMIRAL SPORTWETTEN CALLS IT QUITS
News of the DFL decision likely produced whoops of joy among sportsbook trading teams, who can finally get back to pricing something a little more familiar than Yemeni mumblety-peg tournaments.

But the Bundesliga’s return comes too late for German bookmaker Admiral Sportwetten, a division of gaming giant Novomatic Group, which announced this week that it doesn’t plan to re-open the 17 betting shops it was forced to close in March when the pandemic began in earnest.

The company was a founding member of the German Sports Betting Association and one of the original recipients of Germany’s federal sports betting licenses before those licenses were invalidated by legal challenges.

Managing director Oliver Bagus said his company’s withdrawal from the German retail betting market is “the sad result of the failed German gambling regulation” and the pandemic was simply the final straw.