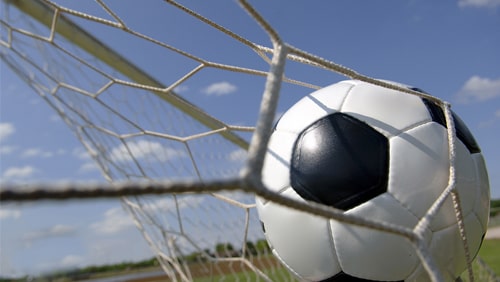 The fate of each European football league has been as changeable as each country’s medical situation over the past five weeks as the spread of Coronavirus has dictated that elite sport has been forced to disappear.

When the game will return, however, is a matter of deep debate, fueled as ever by billions that are on the line. From TV Rights to player’s appearance fees, the game of football is so rooted in financial profit and loss these days that it is no longer a beautiful game that takes place at the whim of the dreaming classes. Instead, football is a project that needs restarting but may find it impossible to do so.

FIFA Medical Committee chairman Dr Michel D’Hooghe put out a desperate plea this week to focus on the health and safety of the public rather than the completion of the football season.

To help matters come to some sort of conclusion, UEFA have set a deadline date for a decision that each country will have to make regarding a return to action or a voiding of the season. Here’s how each of the top five leagues in Europe are dealing with that deadline day decision.

It’s easy to cover the French Football League’s top division, Ligue 1, as it was announced on Tuesday that the French Football League will not return. With the announcement from their Prime Minister Edouard Philippe that all sport in covered areas, practice teams or contact sports would be banned until September, not only was this season written off, but the potential delayed start of the 2020/2021 season, too.

Predictably, this has led to several disagreements. Paris St. Germain were likely to coast to the title, and although not equaling Marseille’s record of nine titles will hurt, it’s their pursuit of the Champions League that has caused some dissent.

Having beaten Borussia Dortmund, PSG looked good for a decent run at the crown, albeit one which they wouldn’t have been favourites for given their record of being knocked out easily by big sides in recent years, and even Manchester United last season. However, Neymar and Mbappe were in fine form and will be disheartened that they were unable to compete. Should the Champions League resume in August, Ligue 1’s finest will be at a debilitating disadvantage not to have completed their league season.

As it stands, the matter looks set to go to a vote, with three options on the table:

With a general vote between all the professional football clubs in France likely to decide the matter, it could be a very tense few weeks in French football.

With the German top-flight having returned to training, the resumption of the Bundesliga had been slated to come as early as May 9th. That was until this week, when Chancellor Angela Merkel was forced to take a look at the situation anew. Schools, shops and churches have re-opened in places, but the spike of infections has jumped to a point where any further rise would mean a second lockdown is inevitable.

The German government meet today to decide the next steps to take, but the European league that looked closest to coming back now seems on the brink of looking at a similar situation as has happened in Belgium, Holland and now France – the season being voided as a whole.

Bundesliga chief Christian Seifert remains impassive on the subject, saying simply, “If we get the signal that we can start on May 9th, we will be ready.”

Italian Prime Minister Giuseppe Conte declared just two days ago that he required a new delay in order to process the latest figures, with a decision now expected any day as to how and when (or if) the Italian Serie A will return.

With over 26,000 deaths from Coronavirus in Italy alone, over 10% of the world’s victims of the disease have come in the country famous for pizza, pasta and Alessandro Del Piero. This season’s Serie A title race has been a thrilling battle between Juventus, Lazio and Inter Milan, with The Old Lady, led by Cristiano Ronaldo, just a point clear at the time of going to press.

Responding to direct questions about Serie A, Prime Minister Conte said, “The championship will start again only when it is safe.”

According to a recent interview with Kat Kerkhofs, Inter Milan’s Belgian striker Romelu Lukaku said: “We had a week off in December, we returned to work and I swear that 23 out of 25 players were ill. I am not kidding. We played against Radja Nainggolan’s Cagliari and after about 25 minutes, one of our defenders [Skriniar] had to leave the pitch. He could not continue and almost fainted. Everyone was coughing and had a fever. When I was warming up, I felt a lot hotter than usual. I hadn’t suffered from a fever in years.”

Make of that what you will, but the season’s end has already been pushed back from June 30th to August 2nd, running the idea of completing the season very close to the cut-off for entries into next season’s UEFA Champions League.  Lukaku may have been disciplined by his club, but rumours and scare stories aren’t going anywhere in Italy.

Oddly, considering the Spanish rise of Coronavirus, La Liga might be the league that is actually most likely to resume. Clubs such as Barcelona and Real Madrid are being touted as able to return to training from May 4th, with a “four-phase” easing of lockdown measures proposed by Spanish Prime Minister Pedro Sanchez.

It looks like players will be back in individual training plans at their clubs by Monday morning, with group training allowed from the 18th May. With June welcoming full squad sessions and a return to La Liga games from the 5th – 12th June.

“I do not understand why there would more danger in playing football behind closed doors with all precautionary measures, than working on an assembly line, being on a fishing boat on the high seas,” said Tebas. “If important economic sectors cannot restart, in a safe and controlled manner, they could end up disappearing. That could happen to professional football.”

Pressing the edge on a blend of fear and guilt is a strong move, but it might not carry much weight if the situation worsens over the coming days.

And so, to the English Premier League. With club executives linking up for a video conference call tomorrow (Friday), there are so many different views at present that it is hard to see a strategy for ‘Project Restart’ that suits all parties.

If the Champions League places were awarded on last season’s positions, Tottenham Hotspur would be receiving a gift they don’t deserve, while Leicester City would be robbed of a berth they surely merit.

With the return to health of Prime Minister Boris Johnson, many British football fans foresaw a return to EPL Action as imminent rather than hopeful. Instead, new figures have added almost 4,000 extra deaths to the countrywide toll for Great Britain, making it that much harder to lift lockdown restrictions.

With a testing capacity that is light years behind other European countries such as Germany, British hopes for a return to elite level football seem born out of hope rather than expectation.

With FIFA’s Medical Committee chairman Dr Michel D’Hooghe’s words echoing in the ears of decision makers across Europe, how and when top-flight football returns to stadiums around the continent remains a mystery that may yet require a final page solution.