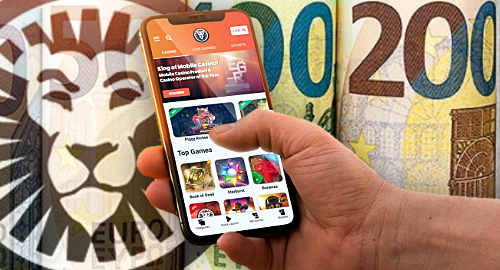 Online gambling operator LeoVegas reported a healthy boost to its operations during the first quarter of 2020 as the COVID-19 pandemic turned customers’ attentions away from sports betting.

Figures released Wednesday by the Stockholm-listed LeoVegas show the company generated revenue of €89.4m in the three months ending March 31, a 4% rise over the same period last year. Earnings jumped by one-quarter to €9m despite roughly €1.4m in unfavorable currency movements from “turbulence in our operating environment.”

LeoVegas, the self-described ‘king of mobile casino,’ said it has “taken market shares from the land-based gambling industry” due to the pandemic-related shutdown of gaming venues. The company is also poaching share from “competitors with primary focus on sports betting,” as sports accounted for only 9% of LeoVegas revenue pre-pandemic.

Non-Nordic European market Q1 revenue was down 3% year-on-year, representing 46% of the total pie. But Germany has mostly recovered from the loss of the PayPal payment option last September and the withdrawal of the Royal Panda brand from the UK has resulted in growth for LeoVegas’ other UK-facing brands.

Nordic market revenue was up 10% year-on-year, claiming a 41% slice of the overall. The launch of the GoGo Casino brand helped LeoVegas grow its Swedish market share, and the company plans to launch GoGo in Finland during Q2.

LeoVegas said the current quarter is off to a solid start, as April’s revenue was up 23% year-on-year to €37.6m, for which the company credited its successful UK platform migration, “improvement in the payment flow in a number of markets” and a record-high customer base at the start of the month.

April’s Swedish market revenue was flat compared with Q1 and the company was one of the original signatories to a letter protesting the government’s plans to issue new deposit limits for online casino play.

Sweden’s government said the limits were intended to minimize problem gambling behavior during the pandemic but LeoVegas said Wednesday that “thus far we have not seen signs from our data that problem gaming among our established and new customers has risen.”