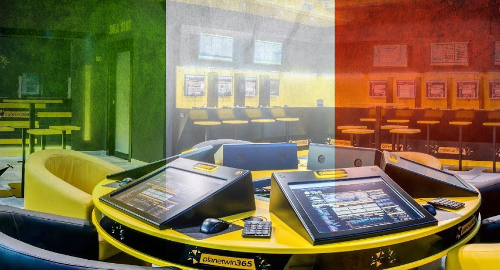 Italy’s retail gambling operators are preparing to restart their operations while the country’s online operators say they haven’t seen the rise in online casino activity that other markets have reported during the pandemic.

On Thursday, Italy’s Customs and Monopoly Agency issued an update re plans for reopening the nation’s retail businesses, including gambling businesses, that were ordered closed earlier this year as Italy tried to get control of the worst COVID-19 coronavirus outbreak in Europe.

As of April 27, Italy will allow tobacconists (which weren’t under closure orders) to resume selling certain numerical draw lottery products. As of May 4, lottery products that require verification by shop staff will be permitted.

Starting May 11, shops offering sports betting – on real sports or virtual ones – will be back in business, although they’ll have to keep their TV monitors off to discourage customers lingering longer than necessary. That same date will see the resumption of “collection through electronic slot-type devices machines.”

There is some question as to how many of Italy’s retail operators are in a position to reopen after their long hibernation. A survey last week found that only 38% of retail gaming operators said they had enough financial liquidity to open their doors without some form of government assistance.

The closure of Italy’s land-based gambling options hit some companies harder than others. Playtech operates a major B2C business in Italy via its Snai brand, which accounted for nearly €830m of Playtech’s 2019 B2C revenue of €900m.

WHAT ONLINE CASINO SURGE?
Snai’s online revenue was up 21% last year primarily on the strength of its sports betting operations, but COVID-19 called a halt to Serie A football and pretty much every other major sport. Operators in other markets have reported outsized online casino gains as bored bettors looked for gambling alternatives but this trend appears to have passed Italy by. Statistics for March showed Italy’s online casino revenue up 20% year-on-year, a decent gain but poker revenue doubled over the same period.

This week, Italian gambling affiliate Gioco News conducted a Digital Panel with some major Italian-licensed operators, including Microgame CEO Marco Castaldo, who said “contrary to what is thought, the stopping of betting has not been mitigated by the growth of the other games.”

Castaldo said Microgame’s online casino revenue was down 10%, while bingo and poker were up 50% and 70%, respectively. But these gains weren’t translating to increased revenue because customer are “playing differently than before: they spend less to spend more time,” focusing on getting the most entertainment value for their betting buck (or euro, in this case).

Given the size of Italy’s land-based slots market, one might have expected a flood of activity as retail players took their action online. But Trevor De Giorgio, chief legal officer for Novomatic Group’s Greentube subsidiary, said “we have not seen this transfer of players from terrestrial to digital.”

What’s more, even when online slots jockeys are “more active and have a greater number of spins,” they are reducing their spending per spin, effectively adapting to their new environment so “there is no loss of control.”

OR ARE THEY JUST GAMBLING SOMEWHERE ELSE?
Earlier this month, Moreno Marasco, president of Italy’s main gambling trade association LOGiCO, noted that retail operations made up 91% of Italy’s gambling market. But Marasco said his group’s members – which include giants such as Bet365, GVC Holdings, Kindred Group, The Stars Group and William Hill – had reported “no significant increase” in activity following the retail shutdown.

Marasco theorized that this lack of online surge likely signalled one of two outcomes: either Italy’s gamblers had found themselves in financial hardship due to the pandemic, or they had “slipped into illegality” by gambling with an internationally licensed operator.

If it’s the latter, Marasco suggested Italians might have done so “maybe without even realizing it.” Italy’s new restrictions on gambling advertising means “the only visible operators” on the internet are the ones not authorized to operate in Italy.