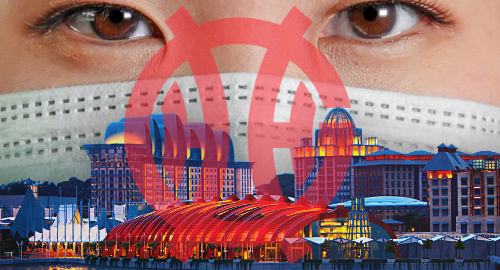 On Tuesday, Singapore Prime Minister Lee Hsien Loong delivered an address to citizens of the city-state announcing his plans to extend the month-long COVID-19 pandemic ‘circuit breaker’ through at least June 1.

Singapore’s two integrated resort operators – Las Vegas Sands (Marina Bay Sands) and Genting Singapore (Resorts World Sentosa) – have been shut down since April 7 and were supposed to reopen on May 5. But Singapore’s COVID-19 infections have soared over the past week – including 1,100 new cases on Monday alone – and the city-state now boasts the dubious honour of having the highest number of cases in Southeast Asia.

Sands announced last Friday that it was suspending its dividend program to ensure a strong balance sheet, in part so it could continue to pay its furloughed staff. On Tuesday, word spread that Genting was preparing to cut staff wages across the board, the first time in the company’s 55-year history that such a step was deemed necessary.

Bloomberg News reported seeing an internal memo in which the Malaysia-based Genting was proposing a temporary pay reduction for salaried employees that could range as high as 20% depending on the size of an individual’s pay packet, while some senior execs are facing remuneration cuts of up to 50%. The cuts are expected to last through the end of this year, and that’s assuming the world pulls out of its current swan-dive.

Genting COO Tan Kong Han said the cuts were necessary due to the “significant reduction in revenue” as the company’s resorts were closed in market after market and cruise ships – like those operated by Genting Hong Kong – were pegged as the single worst place to be in a pandemic.

Tan added that even after the businesses relaunch operations, “we would expect to face challenges to regain the level of business prior to the pandemic due to the adverse impact that COVID-19 will have inflicted on the domestic and global economies.”

In Nevada, construction on Genting’s $4.3b Resorts World Las Vegas casino has been slowed by at least four workers testing positive for COVID-19. Despite the setbacks, Genting insists the project will open as scheduled in summer 2021. Perhaps, but will anyone be around to visit it?