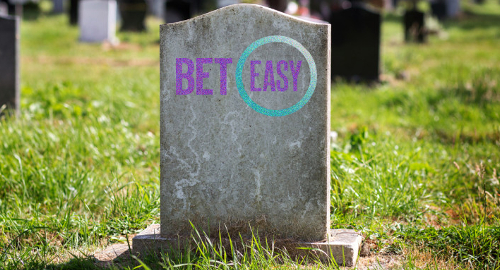 On Tuesday, The Australian reported that BetEasy staff had been told their brand was headed for the boneyard once the mega-merger of Flutter-TSG is complete. Flutter shareholders voted 99.19% in favor of the merger at the company’s extraordinary general meeting on Tuesday, while TSG’s shareholders will hold their vote this Friday (24).

The companies’ original plan was to maintain both Australian-facing brands once TSG’s operations come under the Flutter umbrella but a Sportsbet spokesperson said Tuesday that Flutter “currently intends to pursue a single brand strategy for its Australian operation.”

The spokesperson claimed the new strategy was “principally” chosen due to “the ongoing volatility to sporting competitions around the world and the wider economy” due to the COVID-19 pandemic. Executing a “single brand customer migration in a shorter timeframe” would also allow Flutter to provide a better experience for customers.

The Australian Competition and Consumer Commission gave its preliminary okay to the Flutter-TSG union in February, despite the merger creating one firm with a roughly one-quarter share of the country’s online betting market. It’s unclear at present whether the new single-brand strategy will result in a significant number of redundancies at either brand.

Ironically, BetEasy was started by Matthew Tripp in 2014 after he sold Sportsbet to Flutter’s predecessor Paddy Power. Not long after, BetEasy formed a joint venture with Aussie casino operator Crown Resorts and rebranded as CrownBet. TSG then purchased a majority stake in CrownBet, which absorbed UK bookmaker William Hill’s Aussie business and reverted to the BetEasy brand before TSG acquired the rest of CrownBet/BetEasy’s shares last December.

The UK competition watchdog approved the Flutter-TSG union last month, and the two companies said their merger plans wouldn’t be slowed by the pandemic. Both companies released impressive Q1 trading updates last week despite the current lack of sports and racing events.