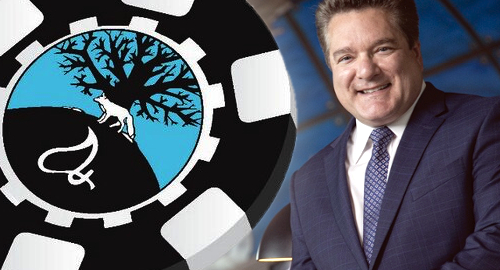 Foxwoods Resorts Casino has lost its second CEO in as many years while both of Connecticut’s tribal casinos have extended their pandemic pause until the end of April.

On Tuesday, the Mashantucket Pequot Tribal Nation (MPTN) that operates Foxwoods said CEO John James had resigned, effective immediately. The tribe said James was leaving “to spend more time with his family and focus on his overall health and wellness in a time that is critically important for all of us to do.”

MPTN chairman Rodney Butler served as interim CEO following Rappaport’s death but the interim role will be filled this time by Jason Guyon, Foxwoods’ senior VP of resort operations and a MPTN member, until a permanent replacement can be identified.

Tuesday also saw Foxwoods and its local rival Mohegan Sun extend their temporary COVID-19 closures through the end of April. The casinos shut their operations on March 17 to assist statewide efforts to minimize further spread of the COVID-19 coronavirus.

The tribes’ political allies recently urged Connecticut Gov. Ned Lamont to fast-track legislation authorizing online casino operations in the state as a way of ensuring the two tribes had adequate funding to deal with the COVID-19 impact. Lamont rejected these suggestions out of hand, saying it was inappropriate to make such a “significant policy decision” while the legislature is in recess.

The legislature isn’t slated to reconvene until April 23, casting serious doubt on whether the state will be able to pass either of its proposed gambling expansion bills by the official end of the session on May 6. Local businesses are under lockdown until May 20, making it unlikely that legislators will deem themselves exempt from those rules. And even if legislators do find a way to meet again this session, or squeeze in a special session over the summer, they are unlikely to waste what little time they have considering something as comparatively trivial as gambling expansion.