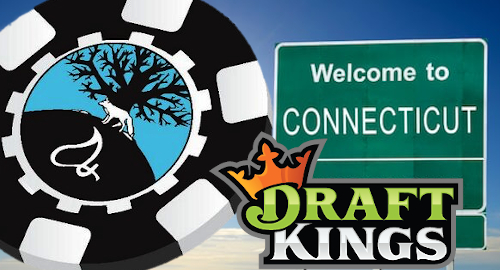 Sports betting operator DraftKings has secured a market access deal in Connecticut via one of the state’s two tribal casino operators, putting pressure on rivals to secure a similar pact pronto.

The deal ‘sets the stage’ for an online sports betting combo, “subject to necessary legislative and regulatory approvals.” Connecticut has yet to authorize legal sports betting, in part due to the usual fights among stakeholders regarding who controls what type of gambling.

The tribes maintain that their 25-year-old deal with the state – which grants them exclusivity over ‘casino games’ in exchange for 25% of their slots revenue – extends to sports betting. The tribes have previously threatened to withhold these slots payments to the state when they’ve felt their exclusivity is being encroached upon, such as when MGM Resorts tried to bust up their duopoly by lobbying for the right to build a casino in Bridgeport.

Connecticut’s most recent legislative proposals to authorize sports betting largely mirror this divide, with one option extending the tribes’ gaming exclusivity to the wagering world while a rival bill sought to open up the betting market to the state’s other two authorized gaming operators: the state lottery and off-track betting operator Sportech.

The impasse has stalled the state’s betting legalization efforts, with both sides of the fight vowing to mount legal challenges of any effort to proceed with a plan that doesn’t meet with their approval. However, there’s nothing standing in the way of the DraftKings-Foxwoods DFS partnership, which intends to launch on December 13.

There’s some speculation that one or both of Connecticut’s tribes could opt to proceed with sports betting without the state’s blessing, as tribes in New Mexico have done. However, the New Mexico tribes have so far limited their wagering to on-site so as not to provoke the state into attempting to reassert its authority, a precaution that has put a serious cap on betting volume to date.