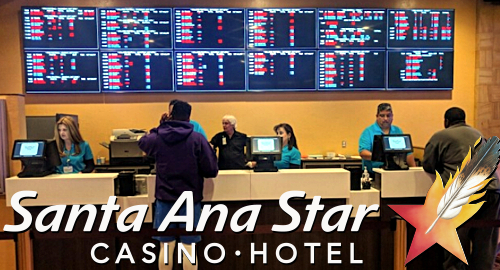 Online gambling and sports betting were on the political agenda in two US jurisdictions on Wednesday, while actual wagering began in a different state on Tuesday.

The District of Columbia (DC) Council held a hearing Wednesday to discuss the bill introduced last month that aims to amend DC’s gambling laws to include sports betting. Bill sponsor Jack Evans has vowed to have a final draft of his legislation ready for a Council vote by early November.

Evans pressured the Council to act swiftly to approve the law before year’s end, after which the big boys in Congress will have 30 days to review the plan. Evans said the goal was to have legal wagering in place before the new baseball season gets underway next spring.

The Council was largely supportive of the bill but has yet to determine whether to designate the DC Lottery as the sole authorized wagering operator – with a to-be-determined technology partner – or to issue multiple licenses to private operators.

Given DC’s lack of casinos or racetracks with which to partner, the DC Lottery is seeking to launch online and mobile wagering first before transitioning to retail betting via electronic kiosks. (The DC Lottery nearly had online gambling six years ago, but allegations of political shenanigans killed that dream but quick.)

ILLINOISE
Later Wednesday, the Illinois House of Representatives convened yet another informational hearing on gambling expansion, including sports betting, online casino and poker games plus daily fantasy sports. The state Senate actually approved an online gambling bill last year but the measure – now with sports betting attached – has been gathering mothballs in the House since June 2017.

Honestly, these hearings have become something of a traveling roadshow, involving many of the same cast members repeating their well-worn lines with the occasional slice of local flavor tossed in to keep the politicians interested.

Companies that stand make money from legalization are all in, existing stakeholders warn of job losses from new competition, the sports leagues demand money for, er, something or other and the mad prophets – take a bow, John Kindt – reference passages from the Book of Revelation.

Those looking for positives from the hearing could take solace in the fact that the politicians in attendance seemed more concerned with the nuts and bolts of implementing new gambling options rather than questioning whether to approve them.

But when it was all over, the politicians nodded solemnly, claimed to have learned a lot while insisting there was still much to think about, meaning there will be more hearings at some future date, presumably in the new year when industry lobbyists have more funding to grease the political wheels.

NEW MEXICO JOINS BETTING STATES
If you were looking for tangible signs of wagering progress, your eyes were on New Mexico, where Tuesday saw the Pueblo of Santa Ana tribe make good on its vow to launch sports betting at its Santa Ana Star Casino & Hotel just outside Albuquerque. The move officially adds New Mexico to the list of active US betting states, which includes Delaware, Mississippi, Nevada, New Jersey and West Virginia.

The tribe launched its USBookmaking-powered sportsbook without the explicit approval of the state, but based on the tribe’s insistence that sports betting is included under the Class III gaming provisions of its tribal-state gaming compact.

That said, the tribe has no plans (for now) to offer online or mobile betting to off-site patrons, and bettors aren’t allowed to take wagers on the state’s college teams. On-site bettors can wager via the sportsbook’s four betting windows during normal hours (12-8pm Mon-Fri, expanded hours on weekends), while two automated kiosks are set up to handle off-peak wagering.