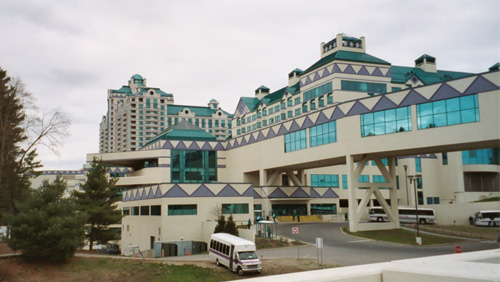 About a year ago, the Foxwoods casino lost its CEO when Felix Rappaport unexpectedly passed away. Since then, the tribal casino has been on the hunt for a perfect replacement and has now apparently found the right person for the job. Switching from the west coast to the east coast and from the California beaches to the Mystic Country is John J. James, a longtime casino executive who will have to trade his Bermuda shorts and sandals for sweaters and gloves.

James is the current chief operating officer at Morongo Casino Resort & Spa in California, where he has spent the past five years. He is packing his bags and his home to make the long trip across the U.S. to Connecticut in order to start his new position as CEO of Foxwoods on August 12. Prior to being tapped by Morongo, he was the CEO of Gila River Gaming Enterprises and its three Arizona tribal casinos, as well as the CEO for Seminole Gaming in Florida and for Pechanga Resort & Casino in California.

Since Rappaport passed away, Rodney Butler has been filling his shoes as the interim CEO. The chairman of the Mashantucket tribe, which owns Foxwoods, feels that the experience in tribal gaming that James has will help Foxwoods see greater success. He adds, however, that this was not necessarily a factor in the decision to bring him on board.

Butler explained in an interview, “There are some nuances to working with a tribe, and knowing that the point is not making money for shareholders but to support a tribe. [James] met yesterday with the tribal membership and fit right in.”

He added, “Over the past decade, Foxwoods transformed the traditional gaming model through a relentless pursuit of guest-first experiences resulting in the only true all-encompassing resort destination. With his proven track record for innovation, John is the right leader to continue that commitment to our guests, fulfill our vision and ignite our passion for delivering a resort that excites and surprises. John perfectly represents our team’s values and beliefs, and we are ready to drive the future of Foxwoods together.”

James, who hopes to live in Mystic when he and his wife relocate to Connecticut, has received a lot of support for his new opportunity. The publisher of Global Gaming Business magazine, Roger Gros, stated in an email, “John (James) is a visionary in the same way Felix was. He’s been running the No. 2 casino in California for the past five years and his experience there will be very beneficial to the property and the tribe. He understands regional competition and what a property needs to do to stand out.”