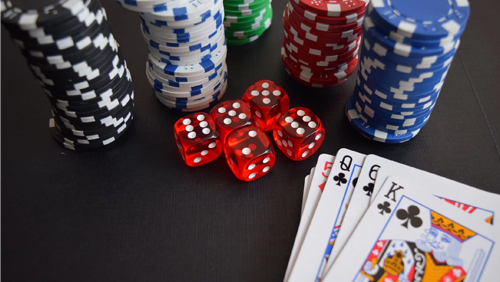 With a blanket shutdown of virtually all casino action across the U.S., gambling operators are scrambling to find ways to make up for their losses. In Connecticut, the Mashantucket Pequot and the Mohegan tribes, respectively behind Foxwoods and the Mohegan Sun casinos in the state, thought they had come up with the ideal alternative and pitched their solution to state lawmakers. If allowed to run online gaming operations, the tribes would make money, the state and local governments would make money and a number of individuals would be put to work – everyone would be happy. However, when the lawmakers approached Governor Ned Lamont with the idea, he didn’t share their enthusiasm.

According to The Day of New London, the Southeastern Connecticut Council of Government sent a letter to the governor last Wednesday, providing the outline of their proposal. While online gaming is currently not allowed in the state, the lawmakers asserted that Governor Lamont would be able to issue an executive order that would give the tribes the authority to “begin utilization of online gaming during this time that they have voluntarily closed their doors.” The governor responded by saying that it’s not that simple.

In response to the new tribal request, Lamont added, “That process is simply not feasible or realistic during this crisis and while the legislature remains in recess. Authorizing online gaming and enabling consumers to more easily access gambling is a significant policy decision that has not yet been embraced or acted up by our legislature. Doing so at a time when so many Connecticut residents are in financial distress would be a particularly significant policy decision to make without legislative approval.”

Governor Lamont isn’t necessarily opposed to the idea of online gaming. However, he believes the rollout of any virtual gambling activity is a convoluted, delicate matter that will require a great deal of resources before it can be taken seriously. He also pointed out that the matter requires discussion among lawmakers before moving to the next step, which would include redrafting the gaming compacts the state has with the tribes. Once the compacts are rewritten, they would have to be sent to the federal government for approval. This detailed process makes any quick resolution for tribal online gaming virtually impossible.

Foxwoods and the Mohegan Sun are two primary employers in the state. They both offer jobs to 12,000 locals, as well as additional support through business contracts and other partnerships. The current situation is impacting the state on all levels, but Governor Lamont isn’t ready to turn to a solution that might otherwise create bigger issues down the road.

Hindsight being what it is, perhaps the state’s policymakers should have been more willing to come together on the subject of online gaming in the past. The topic has been discussed for more than three years, and a bill introduced in the summer of last year would have gone a long way to facilitate the activity, as well as sports gambling. As Connecticut – as well as other states – is now going to have to scramble to make up for lost revenue, it might be time to dedicate more resources to gambling expansion.