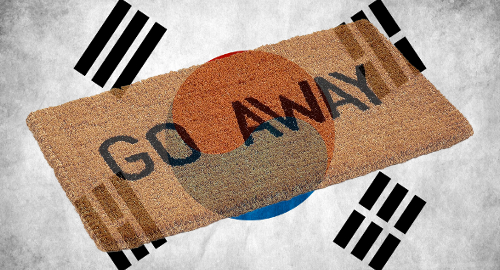 South Korea’s three main casino operators have yet again extended their temporary shutdowns despite signs that the COVID-19 pandemic’s spread is slowing.

Last week, Kangwon Land casino – the only South Korean gaming venue that allows local residents onto its gaming floor – announced that it hopes to open its doors on the morning of April 20. That would be two months since its original closure announcement on February 23.

Kangwon Land leads all Korean casinos in revenue generation and this latest shutdown extension – the fifth since that original February order – is dealing a major blow to the company’s finances. Based on its 2019 daily average revenue, the company expects total revenue losses of KRW296b (US$240m), assuming it actually reopens as planned on April 20.

South Korea’s two largest foreigners-only casino operators – Grand Korea Leisure and Paradise Co Ltd – shut down their casinos on March 24. Paradise said Monday that it hoped to reopen on April 13 but acknowledged that this could stretch to April 20. Paradise’s figures for March show revenue falling 60.5% year-on-year to KRW17.7b as turnover tumbled nearly three-quarters.

GKL, apparently looking to file as few updates as possible, has made April 20 its opening target. GKL added that it expects its lost revenue to total KRW36.3b ($29.4m) and the company may be forced to take unspecified measures to shore up its finances.

Even before they were ordered to close, South Korea’s foreigners-only casinos had been particularly hard hit by COVID-19. February’s international tourism numbers fell by 43% to 685k, with China’s share of South Korea’s visitors falling to 15% from 38% in January.

Over the weekend, South Korea’s government extended its social distancing edict until April 19, as the government reported 47 new COVID-19 cases on Monday, bringing its total to 10,284. The country also reported three additional COVID-19 fatalities, bringing that total to 186. However, Monday’s number of new infections was the smallest since late February, offering hope that the growth of this grim metric may have peaked.