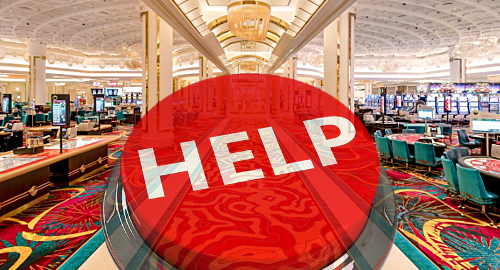 South Korea’s casino operators are protesting their ineligibility for a government bailout of retail businesses negatively impacted by the COVID-19 coronavirus pandemic.

Last week, South Korea’s Ministry of Culture, Sports and Tourism announced that it would provide KRW100b (US$79m) in emergency loans from its Tourism Promotion Fund to businesses whose operations had suffered as tourist traffic dried up following the coronavirus outbreak.

However, casinos were ruled ineligible to draw upon these loans, despite (a) their businesses having been dealt a significant blow from the evaporation of international tourist traffic, and (b) casinos contributing more than one-fifth of the funds from which these loans were being made available.

All but one of South Korea’s 17 casinos are forbidden from allowing local residents to access their gaming floors, meaning they rely entirely on foreign passport holders. With numerous Asia-Pacific countries and airlines imposing travel restrictions, operators have seen their business dwindle to virtually nothing.

On Friday, Kangwon Land, the nation’s largest casino and the only one allowed to accept local residents, announced the fifth extension of the closure order it originally issued on February 23. Kangwon Land now says it will also reassess the situation on April 6.

Local media quoted a representative of the Korea Casino Association (KCA) complaining that “there is no support from the government at all” for the local casino industry. The representative said the KCA planned to file a request to delay further payments into the Tourism Promotion Fund until its members’ operations resume something approximating normal business.

A Culture Ministry spokesperson responded to the industry’s complaints by saying the special loans were reserved for “small travel agencies and accommodation businesses that cannot provide collateral for loans.”

The apparent lack of concern for the gambling industry’s fortunes isn’t limited to South Korea. UK retail betting and casino operators learned last week that they were ineligible for their government’s plan to exempt retail and hospitality businesses from paying business rates for one year, although their staff will participate in the bailout of employees affected by the forced closure of non-essential retail operations.