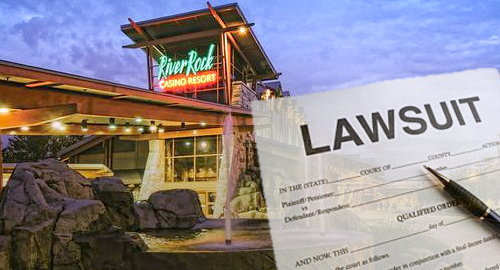 Last August, GCG fired Walter Soo, their former exec VP of player and gaming development. Business In Vancouver reported that Soo filed a wrongful termination suit against GCG last month, claiming that the company had an “ulterior motive’ to make him the “fall person” for its alleged anti-money laundering (AML) shortcomings.

Before his dismissal, Soo said GCG offered him a severance package that included two years’ salary (C$443k) plus stock options. But Soo said signing the agreement “would force him to refrain from cooperating or participating in proceedings” involving GCG, which would include the province’s upcoming public inquiry into the reported money laundering, loan sharking and other VIP excesses that went on at River Rock and other BC casinos.

Media reports into the scandals claim that Soo played a significant part in River Rock’s aggressive pursuit of Asian VIP gamblers. Soo acknowledges his role in boosting GCG’s VIP focus but denies that he had any responsibility for security and compliance matters at the casino.

Soo claims that signing his severance agreement would allow more senior GCG execs who were directly responsible for compliance “to avoid responsibility for their own personal actions.” Soo said he’s looking forward to providing ‘truthful testimony” at BC’s inquiry, which gets underway in February.

GCG’s legal response to the wrongful termination suit calls Soo’s claims “unnecessary, scandalous, frivolous and vexatious,” while claiming that Soo “repudiated, or in the alternative anticipatorily breached” his employment contract.

GCG, which provides day-to-day management of casinos owned by the British Columbia Lottery Corporation (BCLC), has seen its BC casino revenue tumble after the provincial government imposed new AML and source-of-funds restrictions.

Regardless what fresh compliance horrors the inquiry uncovers, the scandals have already remade the local gaming sector. Last December, the province announced plans to establish a truly independent gambling regulator, finally bringing an end to the inherently conflicted system in which BCLC acted as both revenue generator and the regulator overseeing how that revenue was generated.

ALBERTA SWITCHING TO 24-HOUR SLOTS
Just across BC’s eastern border, the province of Alberta is preparing to let its casinos operate their slots around the clock. Local media is reporting that the Alberta Gaming Liquor and Cannabis (AGLC) regulatory body will lift the current rule that forces casinos to unplug their slots between 3am and 10am.

AGLC spokesperson Heather Holmen said the change was being made at the request of some of the province’s casino operators. There’s no current timeline for when the new slots rules will take place and the province’s 27 casinos will retain the right to choose when to make their slots available.

While Alberta’s land-based gaming industry is well established, the province has yet to join most of the other provinces in launching a local online gambling monopoly. The AGLC has been toying with the idea for years but never seems to do more than publicly muse about the concept.