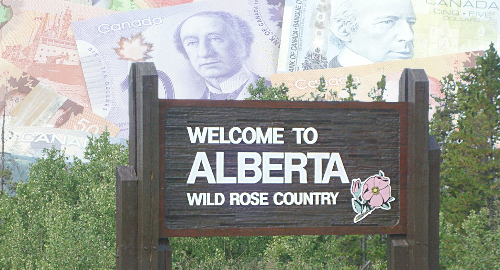 Alberta appears set to become the next Canadian province to launch online gambling operations under its local government monopoly.

On Friday, CBC News reported that the provincial government’s Alberta Gaming, Liquor and Cannabis Commission (AGLC) had quietly issued a request for proposals for technology suppliers to power a proposed digital gambling offering.

The RFP, which envisions both desktop and mobile gambling options, has reportedly received favorable responses from “a handful of companies,” the identities of which weren’t specified.

Alberta has been flirting with approving online gambling for a few years now, but never seems to follow through. AGLC senior communications officer Chara Goodings now claims that the plan is about “providing a safe place” for Albertans to gamble online, although everyone knows it’s really about boosting government revenue.

Goodings told the CBC that the government hopes to repatriate a good chunk of the estimated C$358m (US$270m) that Albertans currently spend each year with internationally licensed online gambling operators.

Earlier this month, the AGLC reported that the province’s revenue from video lottery terminals, casino slot machines and electronic bingo — other gambling products, including casino table games, fall under a separate ‘charitable gaming’ category – totaled C$1.736b in 2018, a mere C$4m improvement over 2017’s result but marking the first annual rise in three years.

The AGLC’s revenue peaked at C$1.9b in 2015, after which the price of oil started sliding, taking with it the discretionary income of many residents of this energy-reliant province. Alberta’s cash-strapped government, which faces an election this spring, has been struggling to find additional revenue streams.

Notwithstanding Canada’s three northern territories, Alberta’s online launch would leave only Saskatchewan as the sole province without some form of online gambling. British Columbia, Quebec, Ontario and Manitoba all offer a broad spectrum of online gambling products, while the four Atlantic provinces offer only online lottery sales.

Saskatchewan’s status as an online laggard is truly ironic, given that this site’s founder – one of the industry’s unquestioned pioneers way back in the 1990s before the siren song of cryptocurrency led him astray – was born and raised in northern Saskatchewan. Seems he took all their online gambling ambition with him when he left, which could explain why he was so good at it.