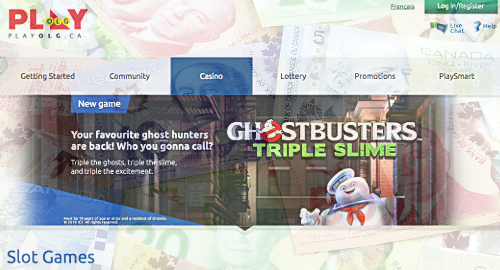 This week, the Ontario Lottery and Gaming Corporation (OLG) published its 2016-17 annual report, during which the government-owned entity generated total revenue of just under C$7.5b (US$6b). The bulk of this revenue came from lotteries (C$3.7b) and land-based casinos (C$3.6b).

OLG’s online gambling site PlayOLG.ca, which began offering online casino and lottery products in January 2015, contributed just under C$58.4m, up 18.7% over the 2015-16 figure. OLG declined to break out specific figures for how that revenue was split between lotteries and casino products.

Tighter cost controls and a 16% rise in active players allowed OLG to reap an online gambling profit of C$27.4m, a hefty 84% higher than the previous year.

PlayOLG’s results were significantly better than the bearish forecast OLG gave last year at this time, when it cut its overly optimistic annual profit forecast from C$100m to just C$25m. A newly confident OLG expressed hope that its online gambling business would continue to exceed its reduced expectations, thanks in part to the May 2017 launch of its first mobile casino app.

However, OLG noted that its internationally licensed online competitors continue to “offer a broader portfolio of products and promotional offers, are well known through extensive advertising and leverage their global operations to respond quickly to market dynamics.”

LOTO-QUEBEC’S ONLINE GAMBLING UP 42%
Across the border in Quebec, the Loto-Quebec provincial gaming monopoly reported its Espacejeux.com gambling site generated revenue of just under C$83m in the first nine months of fiscal 2017-18, a 42.1% jump from the same period one year earlier. Online lottery sales improved 39.3% year-on-year to C$37.3m, while online casino revenue jumped 44.4% to C$45.6m.

Espacejeux had a significant head-start on PlayOLG, having made its debut in November 2010, which partially explains the revenue disparity. That said, Ontario has a population of over 14m versus Quebec’s 8.5m, meaning PlayOLG has significantly greater revenue potential, assuming players ever view its offer as sufficiently competitive to warrant switching over from their favorite international sites.

By way of comparison, British Columbia’s PlayNow.com site reported revenue of C$157.6m in its most recent fiscal year, which should shame both Ontario and Quebec, given BC’s population of just 4.5m. PlayNow had some rocky patches following its July 2010 launch, but it continues to set the pace for its provincial rivals, not just in revenue generation but also in new product offerings.

PlayNow has come under fire for its reliance on a few hundred gambling whales for nearly half its revenue, and for flouting the rules in approving new online slots titles. But hey, all that happened under the old corrupt provincial government, and the current administration is frantically assuring everyone that there’s a new sheriff in town.

Perhaps, but so long as provincial governments attempt to serve the inherently contradictory roles of monopoly gambling operator and gambling regulator, standards – and consumer choice – will suffer.