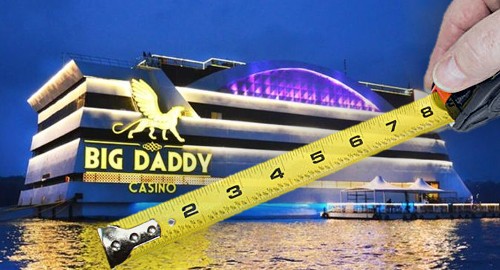 Floating casinos in the Indian state of Goa will be inspected to ensure they’re not dodging their tax obligations by failing to accurately report their carrying capacity.

On Monday, Indian media reported that Goa’s state government planned to send teams to inspect Goa’s six floating casinos as well as the land-based gaming venues in local hotels. The teams will consist of officials from numerous departments, including public works, pollution control and taxation.

The tax inspectors will be primarily concerned with ascertaining that the floating casinos’ carrying capacity matches the figures on the reports each vessel is required to file with the government to determine its tax obligations. The government is apparently convinced that some casinos have been starving the state of its rightful revenue by deliberately understating their capacity.

Goa’s casinos were hit by serious fee hikes in 2018, which caused a few of the smaller land-based operators to shut down their operations after court challenges failed to overturn the hikes.

Meanwhile, the clock is ticking on the efforts by Goa’s government to find a new temporary home for the six floating casinos before their permanent relocation to a land-based region (the location of which is also still a matter of some debate).

India’s largest casino operator Delta Corp received state approval to relocate its Deltin Caravela casino to a different spot on the Mandovi river last November. The government said at the time that it was planning to shift three of its six floating casinos to the Panaji side of the Mandovi and the other three to the Verem side.

But Panaji officials want the casinos moved completely out of the region, arguing that if a city its size can’t handle the pollution and traffic generated by the casinos, then smaller communities upstream will be overwhelmed. Local fishing operations are also concerned that their livelihoods will be negatively impacted by casinos moored nearby.

For years now, Goa’s floating casinos have been operating on a series of six-month license extensions but the Panaji city council voted last October not to approve any further extensions to these licenses. The current six-month stay of execution is set to expire on March 31.