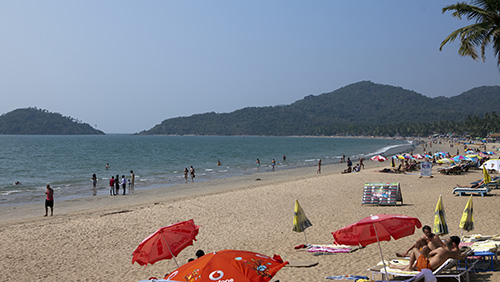 The Director General of GST Intelligence (DGGI) in India is calling out casino operators in Goa and Sikkim. The agency’s Hyderabad team has accused them of skipping out on paying the required amount of Goods and Services Tax (GST), robbing the government of more than $947 million in tax revenue.

According to the Times of India, the DGGI team has been running covert operations in both Goa and Sikkim for the past several weeks. The investigations targeted five casinos in Goa and one in Sikkim, with the team concluding that the venues were undercutting their GST responsibilities by illegally splitting certain services.

As a result of the operation, which only began in May, the DGGI has now issued show-cause notices to the casino operators. They are going to have to defend themselves in front of the agency in order to try to justify their alleged creative accounting.

The DGGI states, “They enter the dummy database for billing and at the end of each day before updating they delete several transactions and format the hard disk. Officially, they show only fewer transactions so that they end up paying less GST. They have been collecting from customers, but not paying to the department.”

An official involved in the undercover investigation added, “Investigations showed that apart from splitting the betting services to ensure lower GST tariff, the casinos also paid GST on net revenue though they were supposed to pay on each transaction of a bet.”

The properties involved will certainly try to use legal definitions to refute the claims. There has been some debate over how GST should be calculated, which stems from interpretation of regulations. One statute states that the GST be calculated only against the charges for offering the gambling service, yet another statute adds a twist. That one says that a GST should be paid on 100% of the face value of the bet, but has been interpreted to only apply to lotteries and horse racing—not casinos.

In absence of clarity over the GST and how it should be applied to casino operations, the DGGI will have a difficult time enforcing its action against the operators. It might have some support through its claims about the companies using “dummy databases,” but that wouldn’t be enough to try to collect what it says the venues owe in taxes.