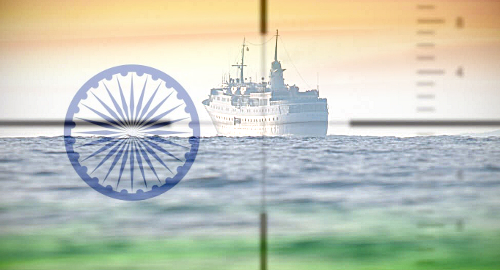 Goa’s floating casinos may have nowhere to go next summer after the local mayor said he won’t renew their business licenses.

On Saturday, the Times of India quoted Uday Madkaikar, the mayor of Panaji, saying the city government would refuse to renew the licenses of Goa’s six floating casinos when their current six-month stay of execution expires next spring.

Madkaikar said the Corporation of the City of Panaji (CCP) intended to pass a resolution that would decline to renew the floating casino licenses and their right to utilize signboard registrations. Without these renewals, the floating casinos “will not be able to do business here. They will have to shift their business operations and … automatically move their entry point out of Panaji.”

All well and good, except the state government has yet to figure out a permanent spot for these shipboard gaming operations. The past few weeks have seen proposals to move the ships from their current spot on the Mandovi river to the mouth of the river at Aguada Bay, as well as reviving plans to set up a land-based casino zone at the in-development Mopa airport in the north of the state.

Madkaikar also took issue with the state government’s failure to follow through on its pledge to ban local residents from gambling in casinos. Madkaikar claimed that while out-of-state tourists packed the casinos on the weekends, 80% of mid-week casino traffic consisted of local residents.

Madkaikar’s comments came days after Goa’s Chief Minister Pramon Sawant told his fellow legislators that he agreed with the sentiment that “casinos are for tourists. We will fix a date. After this date, no more Goans will be allowed in casinos.”

Sawant was responding to demands by Atansio Monserrate, who recently won a by-election to represent Panaji at the state level after promising to remove the casinos from the Mandovi within 100 days. Previous governments have pledged a locals ban as part of a comprehensive gaming policy, but this policy has become something of a chimera, in that it never seems to get any closer to reality.

Like it or not, Goa’s casinos are an important part of the state’s operating budget. Last week, Sawant informed the Legislative Assembly that the six floating and eight land-based casinos contributed Rs4.11b (US$57.7m) in taxes and fees to government coffers in the most recent fiscal year.