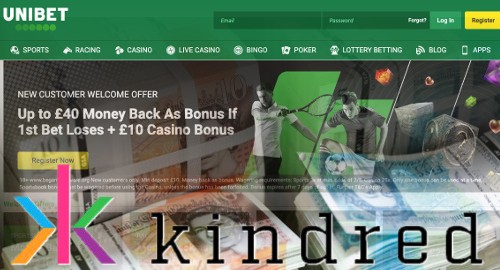 Online gambling operator Kindred Group said lower betting margins and US market expansion costs did damage to its performance over the final quarter of 2019.

A trading update released Monday by the Stockholm-listed Kindred Group revealed that the company expects revenue to come in around £235m in the final three months of 2019, down from £250m in the same period in 2018. Underlying earnings will come in between £27m-£32m, down from £58.5m from Q4 2018.

The steep earnings decline is at least partly attributable to Kindred’s US market expansion, which the company estimates accounted for a £6m earnings hit. Earnings also suffered from ongoing regulatory challenges in Sweden and the Netherlands, although Kindred says Q4’s Swedish results were “significantly” improved from earlier in the year.

Sports betting turnover was up 3% year-on-year but betting revenue suffered from margins falling 1.3 points to 8.1%. The biggest hit came in France, which until January 1 applied a turnover-based taxation scheme. Given the rise in Kindred’s turnover, “the financial impact was greatly increased,” so Kindred is totally on board with France’s shift to a “more stable” revenue-based tax scheme.

Active customers rose 2% to 1.6m despite Kindred’s closing of its Brazil-facing site during the quarter. The br.unibet.com site stopped taking wagers from Brazilian customers on November 8 for ‘legal reasons’, apparently performing a little image makeover ahead of that country’s publishing of its new betting regulations sometime this spring.

Kindred says it expects earnings will return to growth in 2020 following the implementation of “cost limitation actions” last year and new “operational efficiency initiatives” this year.

Kindred investors were largely nonplussed by Monday’s announcement, as the shares closed out the day’s trading down only around 1.5%. The company will issue its official Q4 report on February 12.