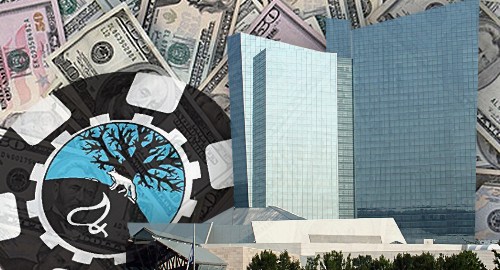 On New Year’s Eve, The Day reported viewing annual reports filed by the companies behind Foxwoods Resort Casino and Mohegan Sun Casino, which together hold a monopoly on casino operations in Connecticut. Both casinos reported negative net revenue growth in the 12 months ending September 30, 2019, although the pace of decline slowed from the previous fiscal year.

Mohegan Gaming & Entertainment (MGE) reported overall revenue of $1.39b, a 2.4% improvement over 2018’s result. But its Mohegan Sun venue in Connecticut reported revenue falling 7.2% to $992m, and the parent company’s overall gains were largely due to its mid-year signing of a deal to manage casino operations in Niagara Falls, Ontario.

Foxwoods, which is operated by the Mashantucket Pequot Tribal Nation, reported only slightly better results, with revenue falling 5% to $787.8m. Both Foxwoods and Mohegan Sun blamed falling gaming revenue for the overall net revenue slide and pointed an accusatory finger at their new regional casino rivals.

The state of Massachusetts saw the opening of Wynn Resorts’ flashy new $2.5b Encore Boston Harbor in the summer of 2019 and MGM Resorts opened its MGM Springfield property just across the Connecticut border in 2018. The two new casinos have been blamed for downturns at venues in states besides Connecticut, as well as for a sharp downturn at Massachusetts’ slots-only Plainridge Park Casino.

The gaming compacts that Foxwoods and Mohegan Sun have with Connecticut require them to share their slots revenue with the state, so slots are the only gaming numbers the two casinos publicly report on a monthly basis. The two casinos had reported falling slots revenue ever since MGM Springfield opened in August 2018.

But that slide came to a halt in October, when both Connecticut casinos reported modest year-on-year gains in slots revenue. Only time will tell if the month was an aberration or whether the bloom is truly off the Massachusetts rose.

That would be welcome news for the two casinos’ employees, who have seen their ranks shrink over the past 12 months. Foxwoods’ full and part-time payroll fell by around 550 to 5,144 as of September 30, while Mohegan Sun lost over 300 full-timers and 140 part-time and seasonal staff.