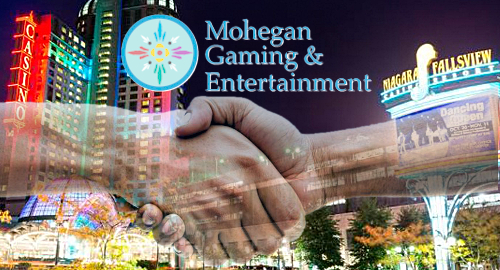 On Monday, Ontario Lottery & Gaming Corp (OLG) announced that it had selected MGE as the service provider for its ‘Niagara Gaming Bundle.’ MGE will now handle day-to-day management of gaming operations at the Fallsview Casino Resort, Casino Niagara and the planned 5k-seat Niagara Falls Entertainment Center, which will be located adjacent to the Fallsview property.

MGE was selected for the Niagara bundle following what MGE chairman Kevin Brown called a “very competitive” procurement process, and MGE looks forward to partnering with local stakeholders and becoming an important part of the Niagara community.

OLG president Stephen Rigby said MGE would help “ensure the long-term competitiveness of the Niagara gaming market, particularly in relation to markets across the border.” MGE is expected to take over the Niagara bundle’s day-to-day ops by the summer of 2019.

OLG has so far awarded eight gaming bundles, as part of the government-run monopoly’s efforts to modernize its gaming operations. The most recent award involved the ‘Central Gaming Bundle,’ consisting of OLG Slots at Georgian Downs and the Casino Rama Resort, which went to Gateway Casinos & Entertainment.

MGE has increasingly viewed the world outside the US of A as its oyster, including plans to develop a major integrated resort in South Korea. Last month, MGE partnered with the Baha Mar resort in the Bahamas, allowing members of MGE’s Momentum rewards program to redeem their points for amenites at Baha Mar.

MOHEGAN SUN POCONO FRAUD WITNESS TURNS UP DEAD
In infinitely less celebratory news, The Citizens’ Voice reported that a witness in a fraud case involving MGE’s Mohegan Sun Pocono casino in Pennsylvania was found dead in a river two miles from the casino over the weekend. The cause of death has yet to be determined.

Matthew Crane, a former table croupier at the casino, had informed casino management of the scam, which involved a senior casino exec colluding with a casino customer and beverage server to defraud the casino via improper awarding of free-play slots credits. Crane was romantically involved with the server at the time the scam was ongoing.

The scandal eventually resulted in the jailing of Robert Pellegrini, the casino’s former VP of player development, in June 2017. The casino was fined $550k by the Pennsylvania Gaming Control Board for failing to follow approved internal controls governing free slot play.