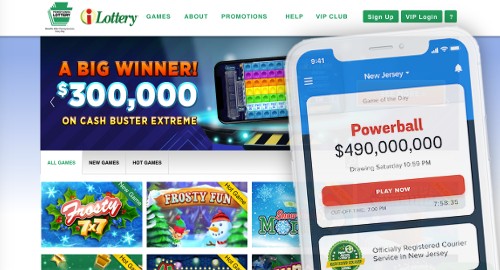 The Pennsylvania Lottery has extended its online/mobile technology deal with Scientific Games Corporation (SGC) while New Jersey is dipping its tentative toes into the online lottery pool.

On Wednesday, the Pennsylvania Lottery announced that it had awarded SGC a seven-year extension – with three additional one-year options – of its deal to supply Pennsylvania’s iLottery product with online and mobile games. SGC was responsible for launching the iLottery product in May 2018.

Pennsylvania’s iLottery has proven popular with the locals, generating revenue of $381m and profits of $31.3m in its first full year of operations. As of December 2019, iLottery sales hit $642m, making it what the Pennsylvania Lottery called “the most commercially successful lottery online/mobile launch in North America to date.”

However, that success predated this summer’s launch of the state’s regulated online casino market and we won’t know until next summer how the iLottery’s slot-like games are faring against the real thing.

Regardless, Pennsylvania Lottery exec director Drew Svitko said the iLottery was “a big part of our effort to modernize the lottery, appeal to new customers and meet our players where they already are, which is online.” SGC’s lottery chief Pat McHugh said the Pennsylvania iLottery partnership had generated “significant incremental revenue” and SGC would work hard to ensure the lottery remains “relevant to consumers.”

JACKPOCKET IN JERSEY
Across the state line, the New Jersey Lottery has yet to commence online sales, as its mobile app currently permits only the option of checking for winning tickets, filling out lottery slips for retail purchases and locating the closest retailer.

But last week New Jersey registered Jackpocket as its first official lottery courier service. Jackpocket, which is already operational in Minnesota, New Hampshire, Texas and the District of Columbia, has so far been authorized to offer four games in New Jersey: Mega Millions, Powerball, Cash4Life and Pick-6.

Jackpocket is essentially Uber Eats for lottery tickets: you open an account, deposit funds, then tell them which games you want to play. Jackpocket physically purchases the lottery products, sends you scans of the ticket barcodes, stores the paper tickets in a secure vault and pays out lottery winnings of up to $600 directly to your account.

Jackpocket makes money by charging its customers 7% on their account deposits but the company doesn’t take any cut of customers’ lottery winnings.