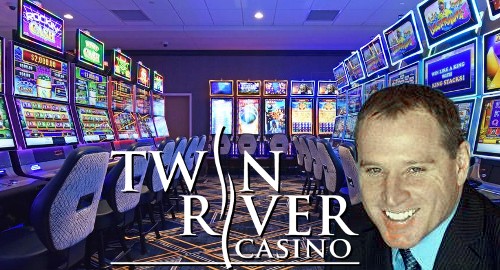 Casino operator Twin River Worldwide Holdings is dealing with fresh controversy after one of its senior execs was charged with bribery.

On Tuesday, the Rhode Island Attorney General’s office announced it had filed multiple charges of accepting bribes and ‘casino gaming crimes’ against Michael Barlow, senior VP of operations at Twin River, which operates Rhode Island’s two casinos on behalf of the state government.

Amar is accused of making payments to Barlow – who began his tenure with Twin River in 2006 – to secure subleases with multiple food court vendors at Twin River casino properties, as well as securing multiple business contracts.

Barlow and Amar were partners in several residential and commercial properties in Connecticut, which resulted in Barlow incurring $340k in debt to Amar. To service these debts, Barlow allegedly steered vendors and contracts to Amar, who “significantly” profited from these transactions.

Twin River issued a statement saying it had “cooperated fully” with state authorities in their investigation while noting that “the one employee involved in this non-gaming matter is no longer employed by the company.”

Twin River is currently embroiled in a dispute with Rhode Island over the state awarding International Game Technology (IGT) a 20-year extension on its contract to run the state lottery and supply the bulk of the electronic gaming machines on the state’s casino floors. Questions surrounding the contract extension have led to a probe by the state’s Ethics Commission.