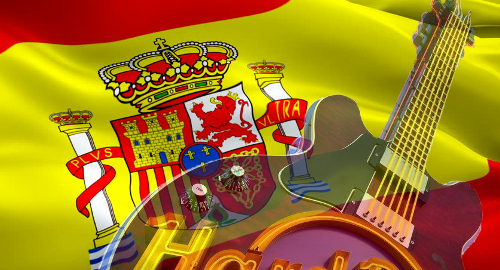 Casino operator Hard Rock International (HRI) has been given more time to rescue its Spanish integrated resort project, although the situation appears no closer to resolution than before.

This marks the second time that HRI’s Spanish permit has been extended, following a six-month extension that expired last Thursday. Spanish media reported that this latest extension was granted at HRI’s request, as the company apparently still has faith that it can resolve its land ownership issues and proceed with the €2b project.

The land in question is currently owned by the development arm of La Caixa bank. But the property’s previous owners, from whom the land was expropriated by the Catalan government, are now convinced that they didn’t receive a fair price and have launched legal action to obtain an unquantified top-up payment.

HRI has so far invested around €5.5m to secure its interest in the ambitious Spanish project but its gaming license requires the company to increase that investment, something the company appears reluctant to do until it has some assurance that the land issue is resolved. HRI is also dealing with environmental groups that are trying to stop the project from going forward.

Spain has attempted to mount several major integrated resort projects this decade, none of which have ended up putting a single shovel into the earth. Las Vegas Sands pursued a mega-resort near Madrid it called EuroVegas but bailed when the local government declined to relax its strict indoor smoking policies.

Cordish Gaming tried its hand at developing a major Madrid gaming venue but hinged its interest to securing tax breaks and exemptions from certain land use rules, issues on which the local government was unwilling to bend.

Last year, US firm Cora Alpha proposed a $3.5b project in Spain’s autonomous Extremadura region. Work on the project was supposed to commence before 2019 was done but there’s been no further news on this front since the company officially filed its development application this summer.