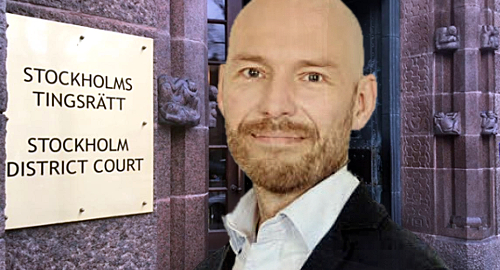 Online gambling operator Cherry AB’s former CEO has been acquitted on the insider trading charges that resulted in his dismissal last year.

In May 2018, Swedish online gambling operator Cherry AB sacked its then-CEO Anders Holmgren after he was arrested on charges of ‘severe’ illegal insider trading. Holmgren was accused of snapping up 200k Cherry shares worth around $1.4m between the company’s November 2017 profit warning and its April 2018 announcement that its Q1 results were “better than anticipated.”

On Thursday, Stockholm District Court acquitted Holmgren on the insider trading charges, ruling that the Swedish Crime Authority and Chief Prosecutor Thomas Langrot had failed to prove that Holmgren’s knowledge of Cherry’s performance in January and February 2018 was sufficient for Holmgren to expect Cherry’s share price to jump.

Holmgren told the court that he had a “gut feeling” that purchasing more Cherry stock was a good idea. Holmgren’s feeling turned out to be correct, as Cherry’s share price rose 12% the day after Cherry’s announcement regarding its Q1 turnaround.

Holmgren’s attorneys argued that, while Cherry’s Q1 performance represented an improvement from Q1 2017, its results were actually below analysts’ expectations and thus Holmgren didn’t have any guarantee that Cherry shares would jump once the Q1 figures were released. The attorneys noted that share prices can often rise even if results fail to show year-on-year improvement so long as they exceed analysts’ expectations.

Prosecutor Langrot, who has already indicated his intention to appeal the ruling, told local media that the court had “come to a wrong judgment, simply,” noting that Nasdaq rules state that analysts’ forecasts “are not decisive for an assessment of insider information.” Langrot said “analysts have no idea, but Anders Holmgren did.”

Cherry, which took itself private in May and thus no longer issues regular updates to the financial markets, has yet to comment on the fortunes of its former leader.