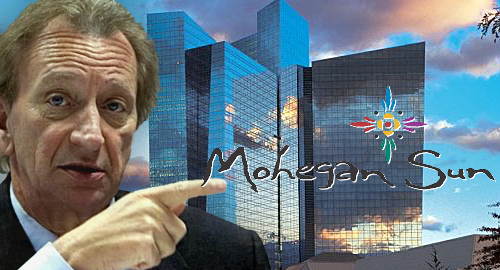 Ottawa Senators owner Eugene Melnyk has three possible explanations for why he didn’t pay a US$900k casino debt, none of which put the blame on Melnyk.

Last month, Canadian businessman Melnyk was outed as having failed to honor $900k worth of casino markers he’d run up gambling (and losing) at the Mohegan Sun casino in Connecticut in 2017. Melnyk gave the casino five bank drafts to cover his debt but the casino claims the drafts all bounced and subsequent efforts to collect have proven unfruitful.

On Monday, Melnyk’s attorney Jonathan Katz filed “one or more defenses” that could appear in his client’s upcoming motion to dismiss the casino’s lawsuit, including the suggestion that the plaintiffs may have waited until September 2017 to cash the March-dated drafts, thereby causing the drafts “to become stale.”

Postmedia quoted Katz suggesting another possible defense in which Melnyk’s signatures on the drafts had a “questionable appearance” that might have caused Melnyk’s bankers to question the legitimacy of the drafts.

Finally – and here’s where things get interesting – Katz claims that the casino “induced” Melnyk to continue gambling because Melnyk’s play up to that point had led to his winning “significant amounts of money.” Katz further claims that the casino “refused [Melnyk’s] instructions to cash out” his fat stacks of chips, after which Melnyk incurred “substantial losses.”

It’s perhaps somewhat ironic that Melnyk raised a fuss a few years back after Ottawa’s civic leaders announced plans to build a casino in the city, which apparently spoiled Melnyk’s ambition to install a casino in what was then known as Scotiabank Palace (currently the Canadian Tire Centre), the home arena of his National Hockey League franchise.

Melnyk, who made his bones in the pharmaceutical industry, is considered one of Canada’s richest individuals but the casino debt complaint isn’t the first chink in his financial armor. Last month, Melnyk had to go court to get his private jet back from a charter flight service that claimed Melnyk owed them $693k in operating, maintenance and storage bills.